Eagle Eye Safaris just completed seven safaris in seven weeks, and we loved every one of them!

We started in June in Sabi Sands at the beautiful Nkorho Bush Lodge, deep in the heart of the Greater Kruger National Park, where we can go off-road to get up close to wildlife. We welcomed 16 people traveling with Jim’s tour group, AdvenTours. After a stop in Cape Town, they joined us in Sabi Sands for a Big 5 Safari. We had an epic trip–Big 5 within a few days, including the Baby Big 5 (brand new baby elephant, leopard cub, lion cubs, buffalo calves, and a very young rhino calf). We got to see several leopards with kills, a couple of leopards and lions perching on termite mounds (not together…LOL!), and that brand new baby elephant, still with pink on its ears and its umbilical cord dangling. The group enjoyed cocktails by firelight out in the bush, night-sky photography while the Leonid meteors soared across the Milky Way, and the ladies and gentlemen from the Lodge entertained us with traditional Shangaan dancing. Everyone went home with new cameras skills…even people with phone cameras learned how to compose images and manage light. Everyone had stunning photos of leopards and lions, close-ups of elephants, and adventures that they’ll be talking about for years! 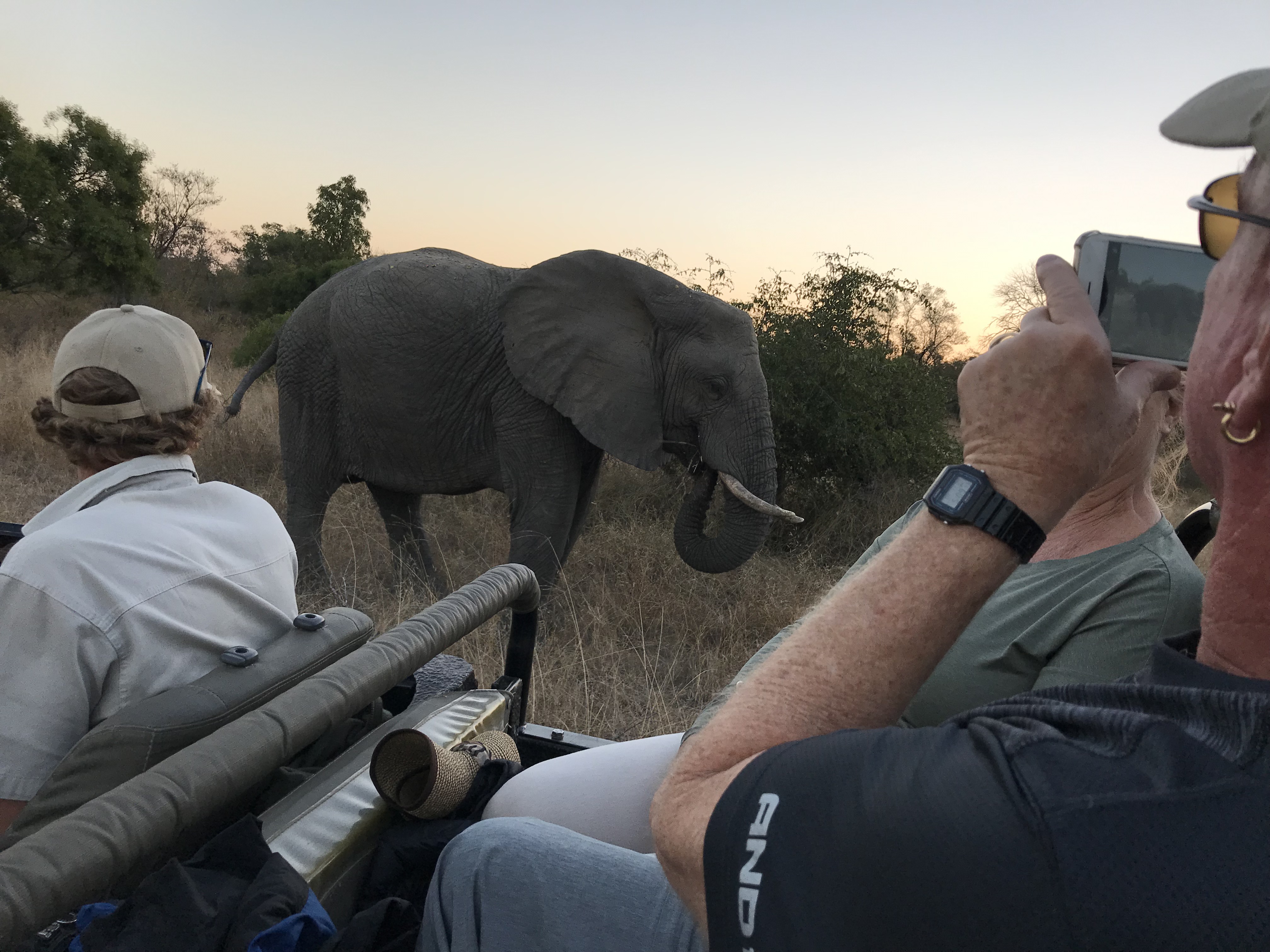 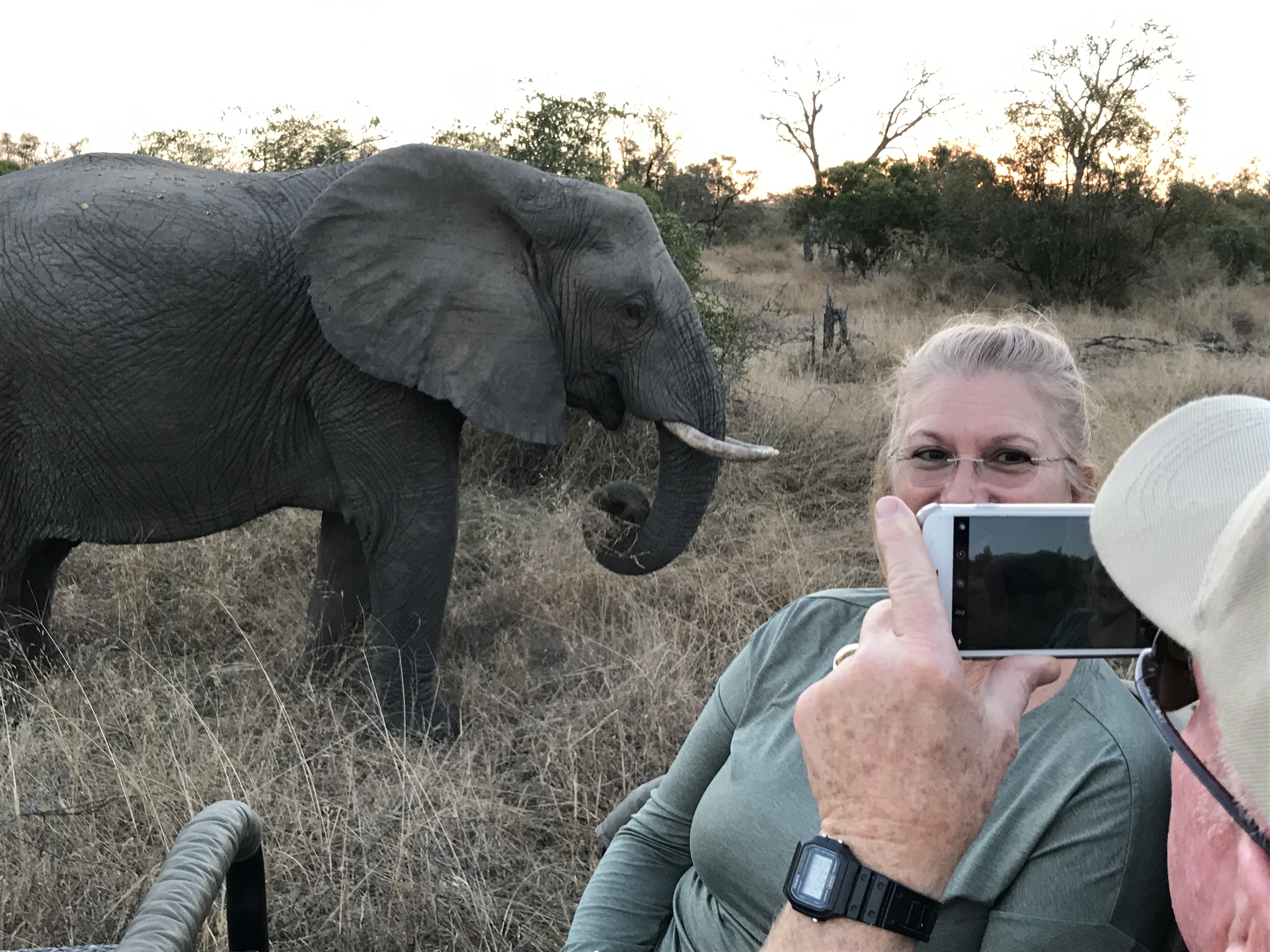 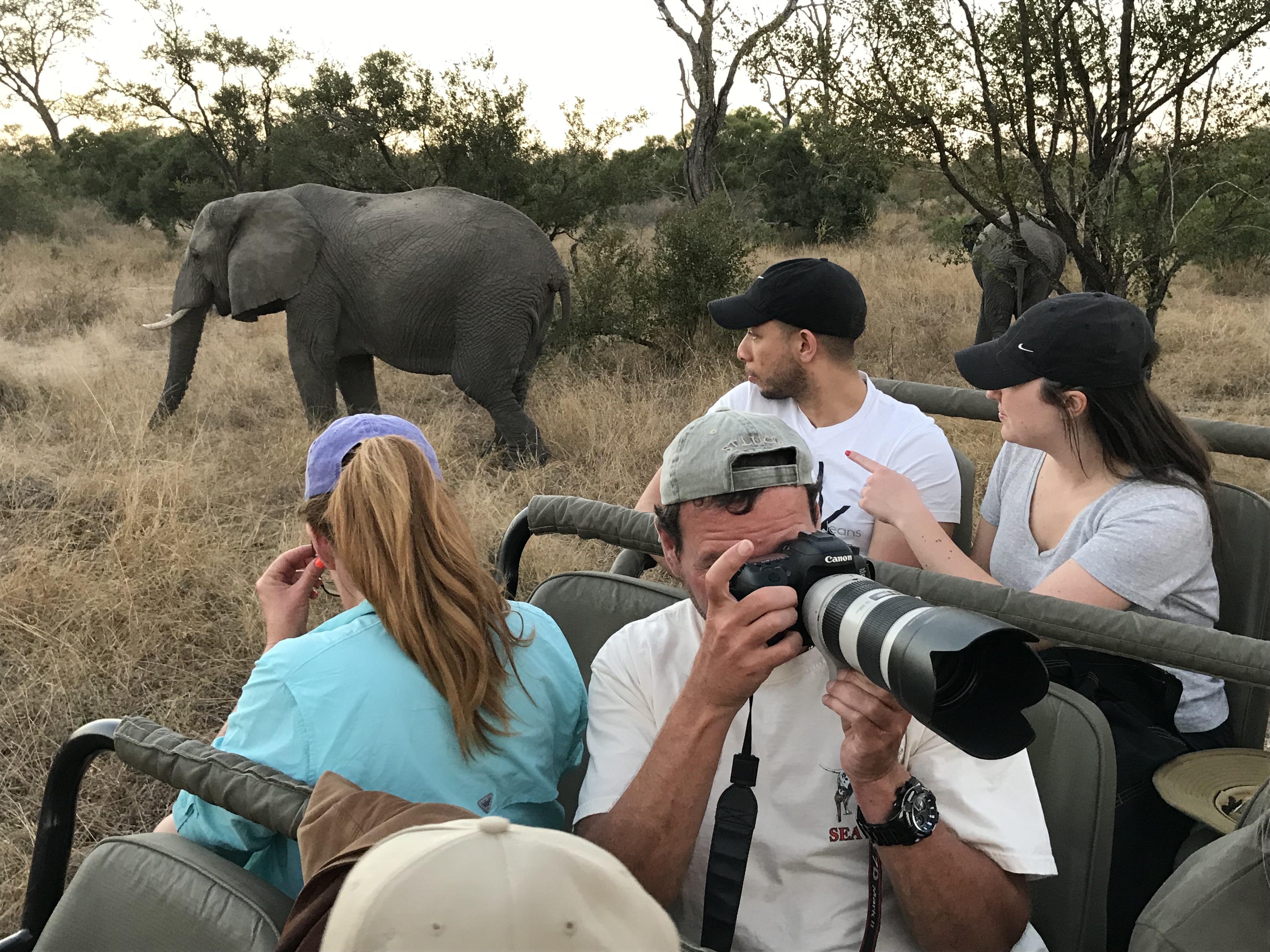 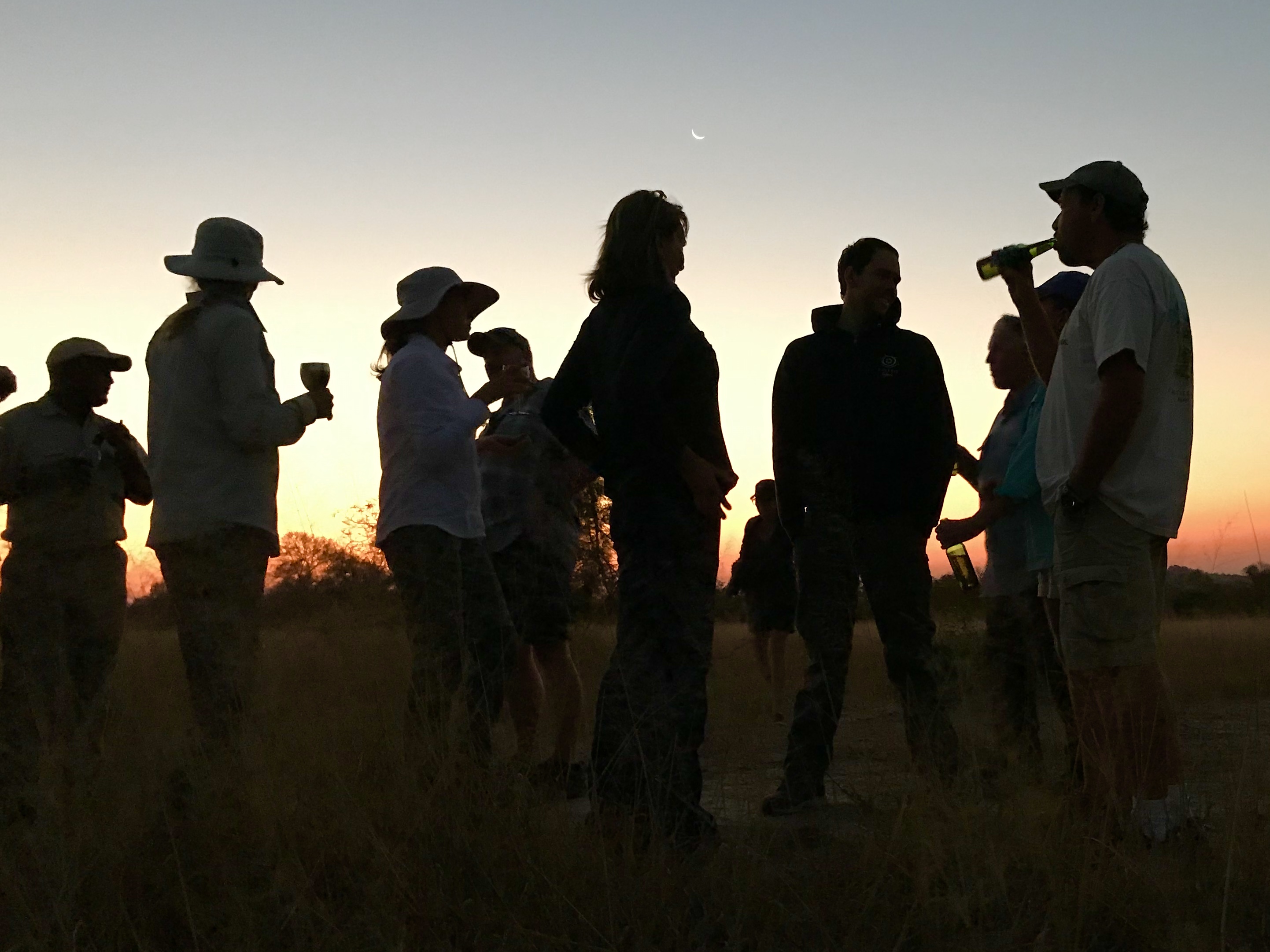 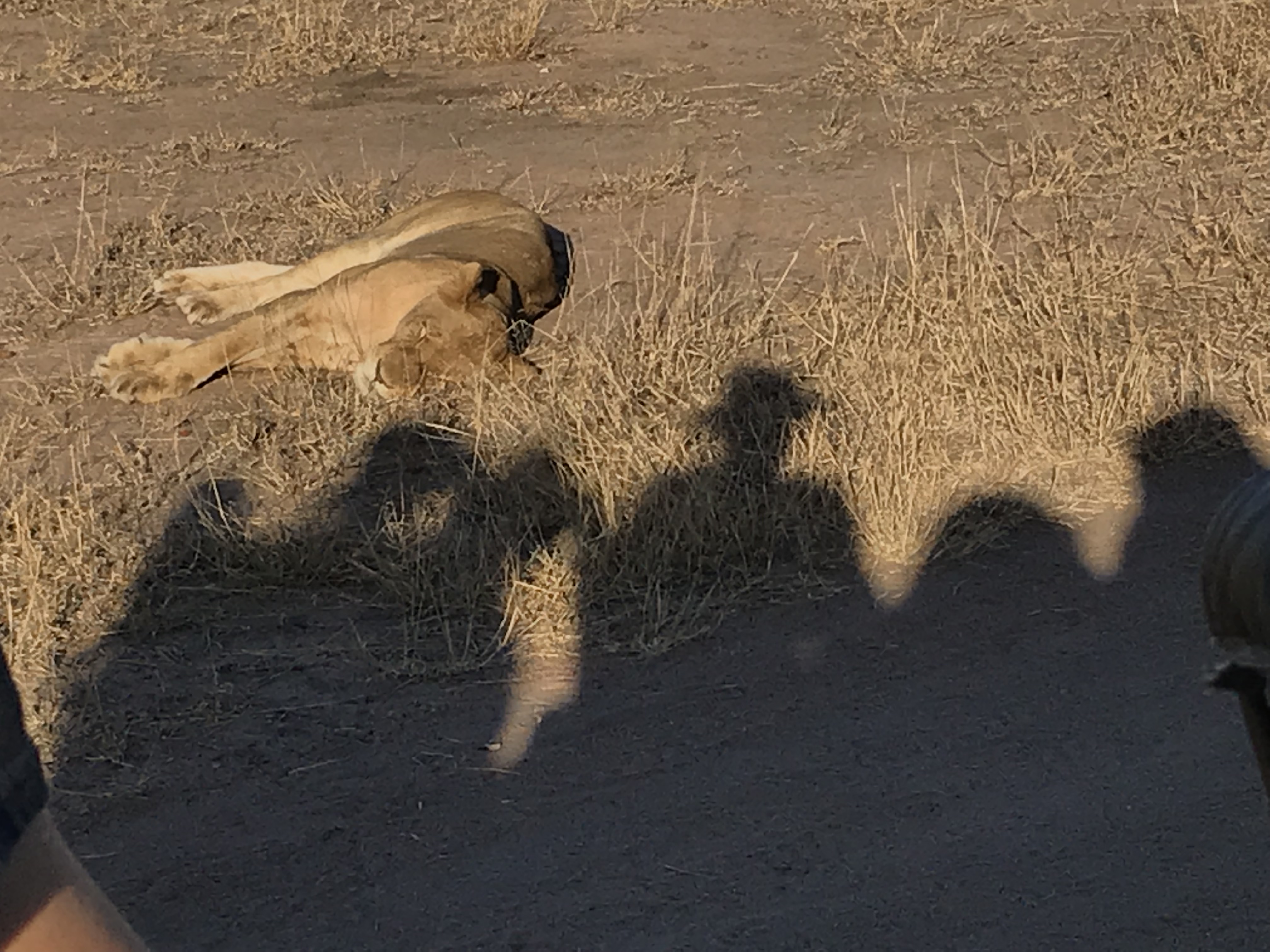 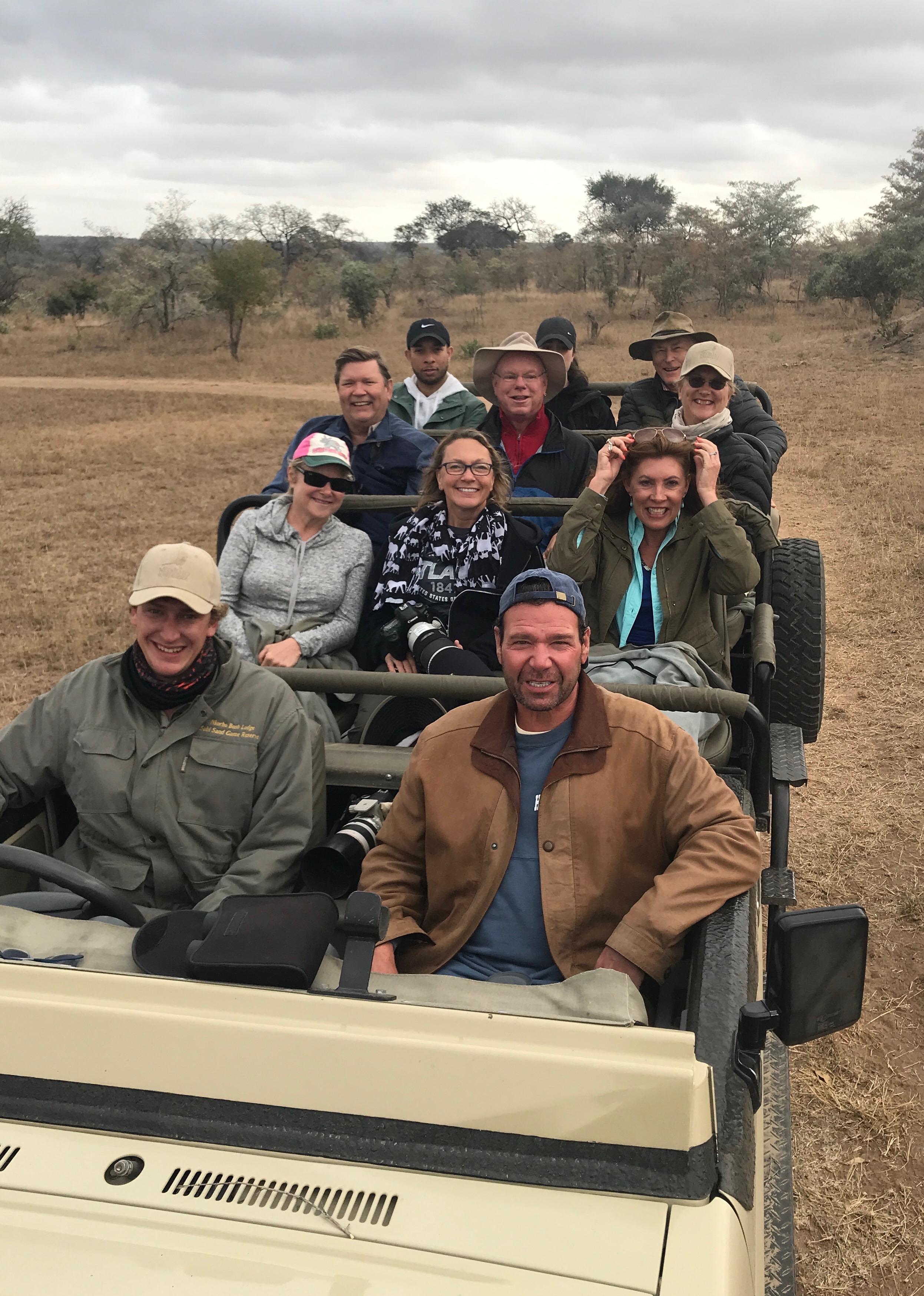 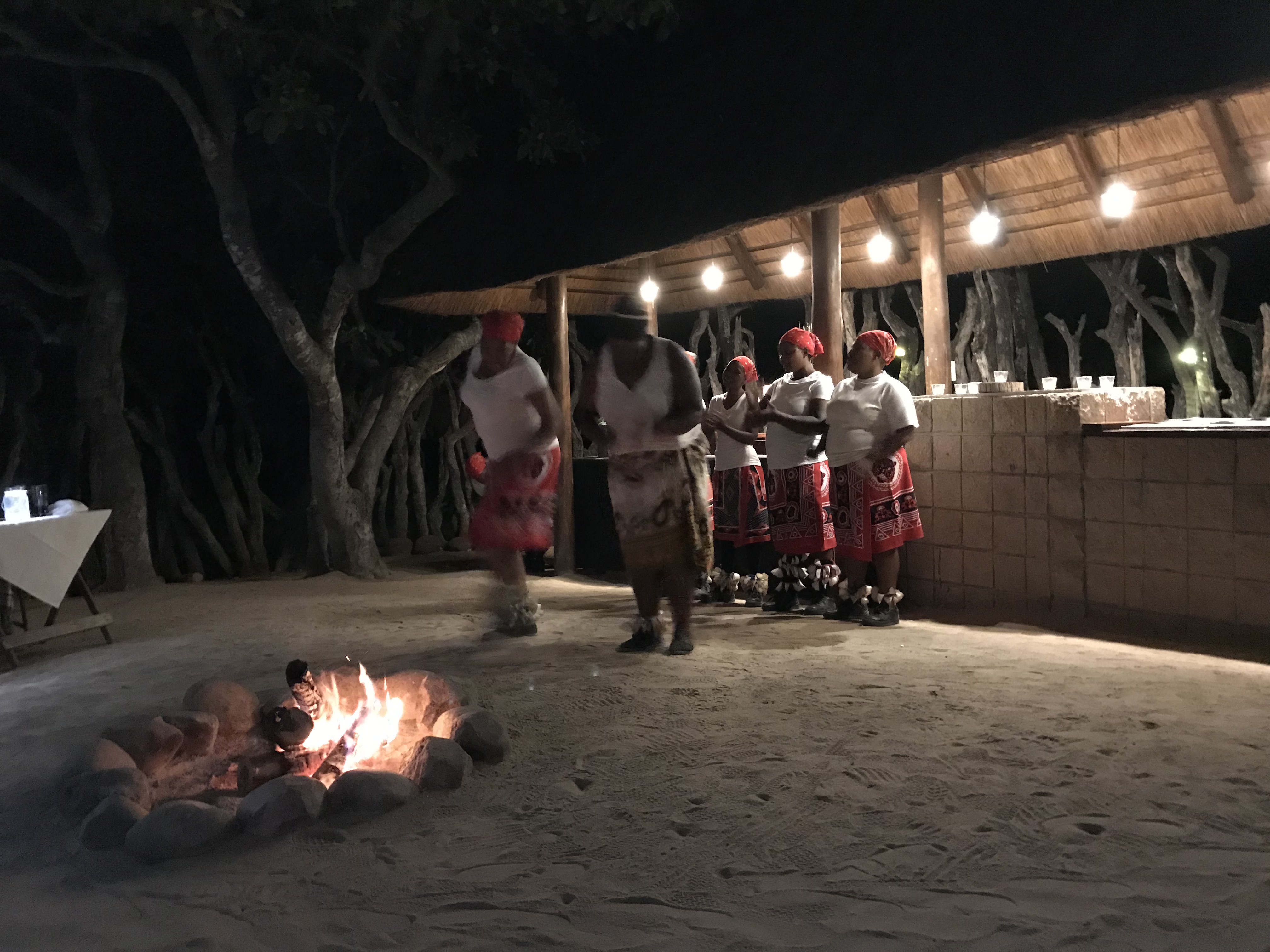 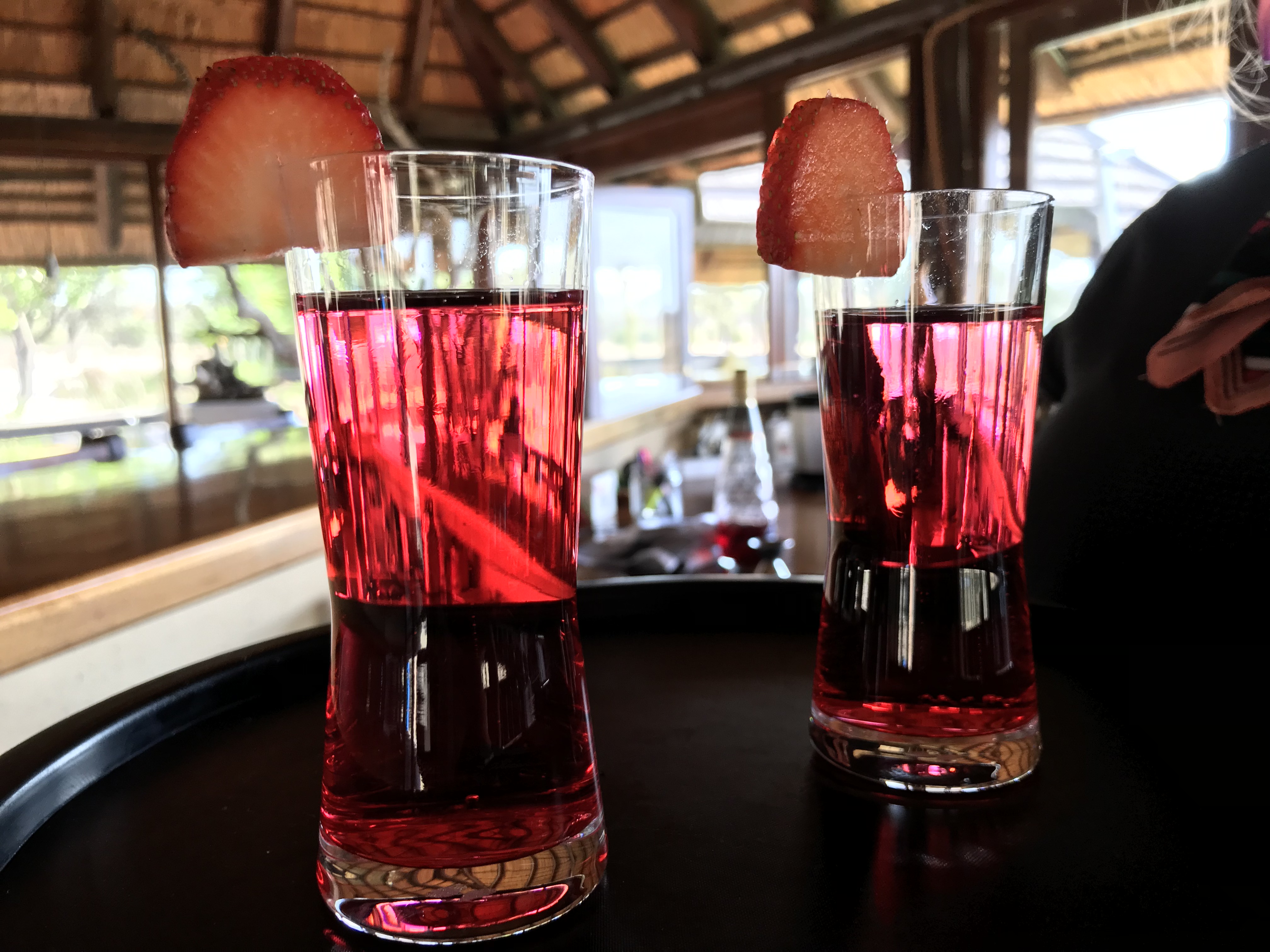 Our next guests booked two safaris in a row…the Shirleys! We nicknamed them Shirley One and Ninja Shirley, since Ninja Shirley liked to be bundled up whatever the weather. Shirley One brought her son, Mark, and daughter-in-law Laura on the first half of their stay, and again, we saw the Big 5 within a few days. We had so much fun, immersed in a herd of elephants, surrounded by lions, watching the antics of young leopards. The Shirleys spend a lot of time in Costa Rica and wanted to learn to use their cameras better, so we taught them how to meter for bird photography, which is a little different than general photography. Both delightful ladies went home with heart-thumping photos and amazing memories, and we already miss them so much!  We want to thank our client Ann Estes, who was with us on safari last year, for recommending Eagle Eye Safaris to the Shirleys! 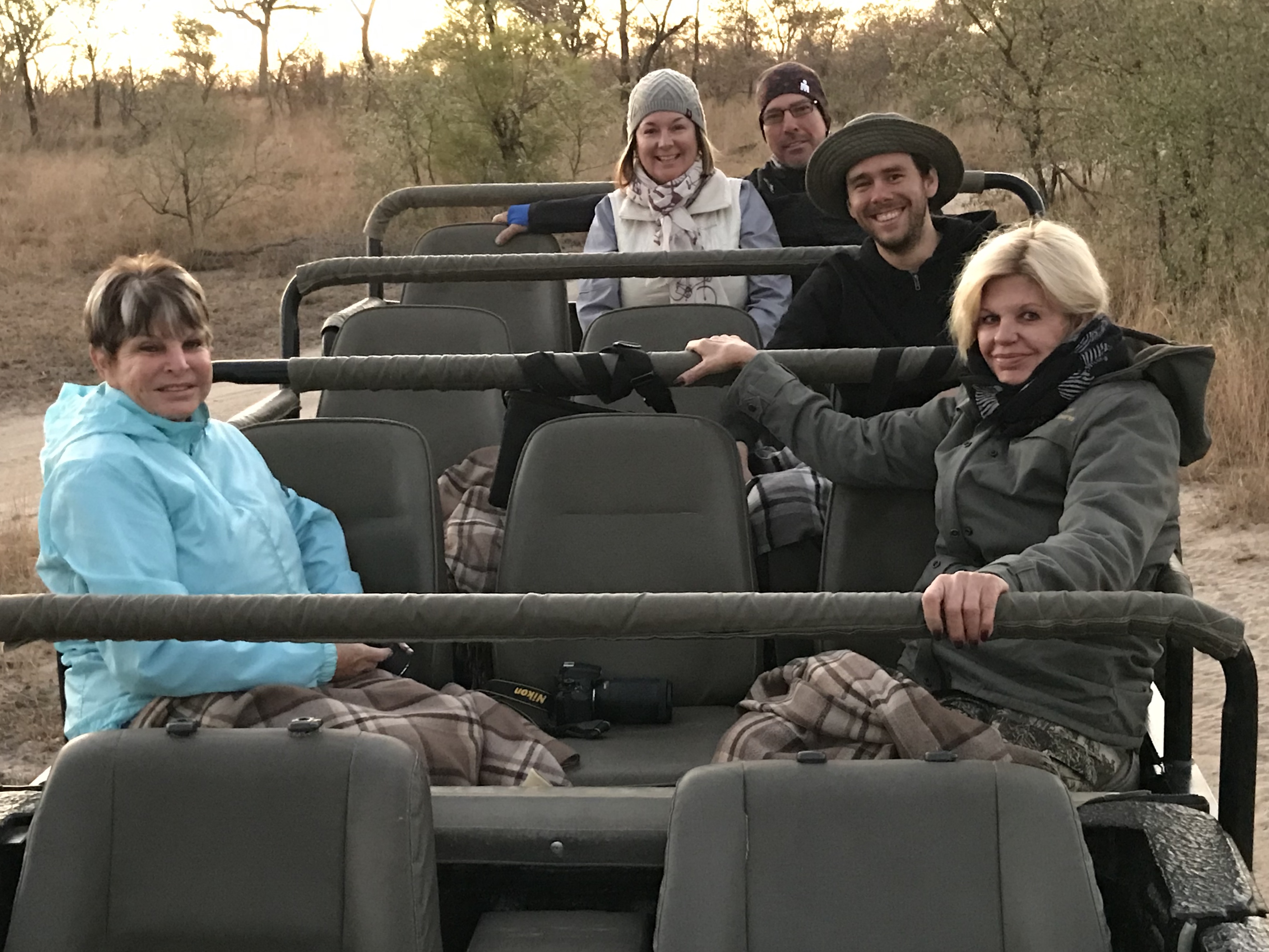 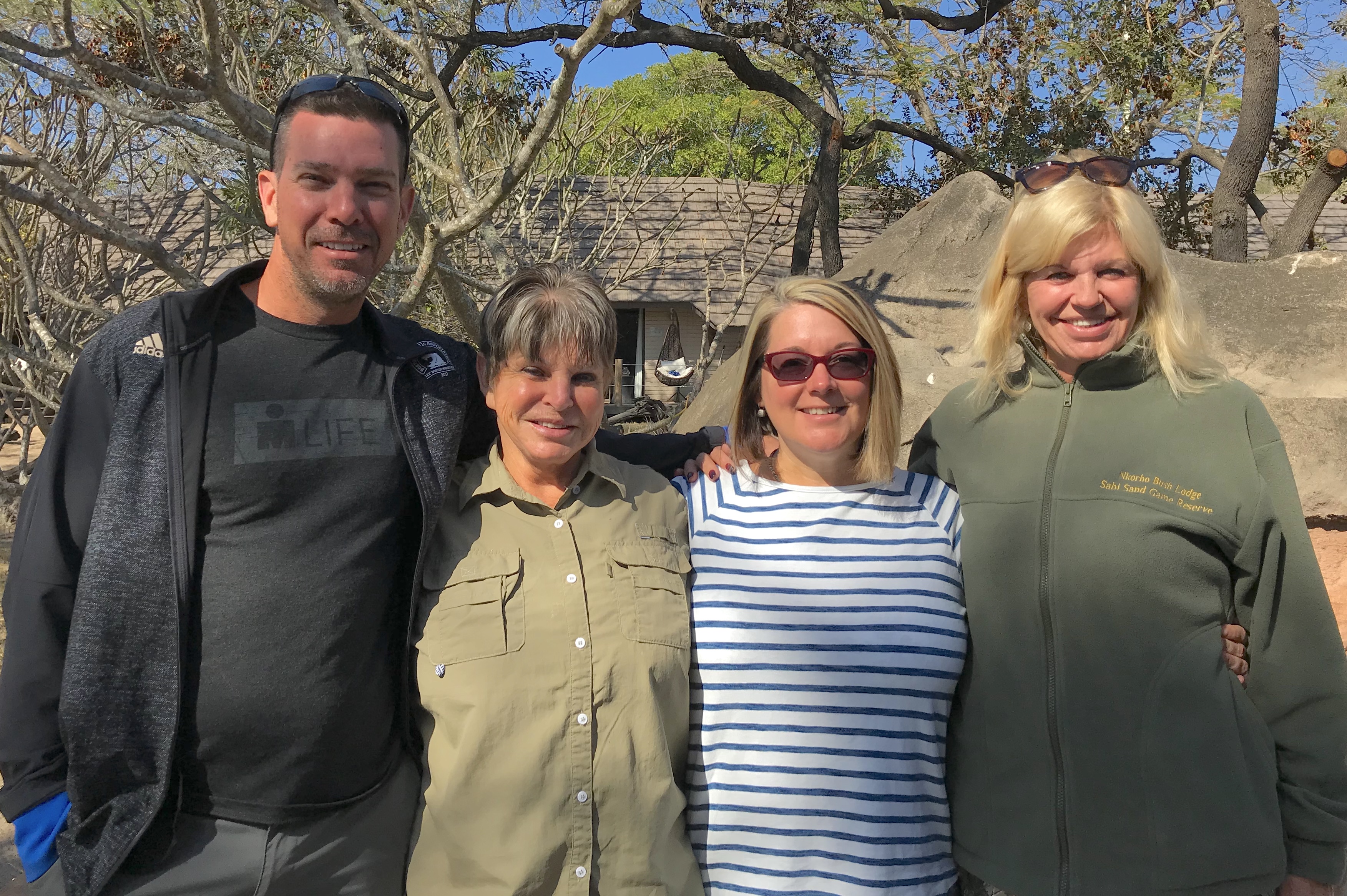 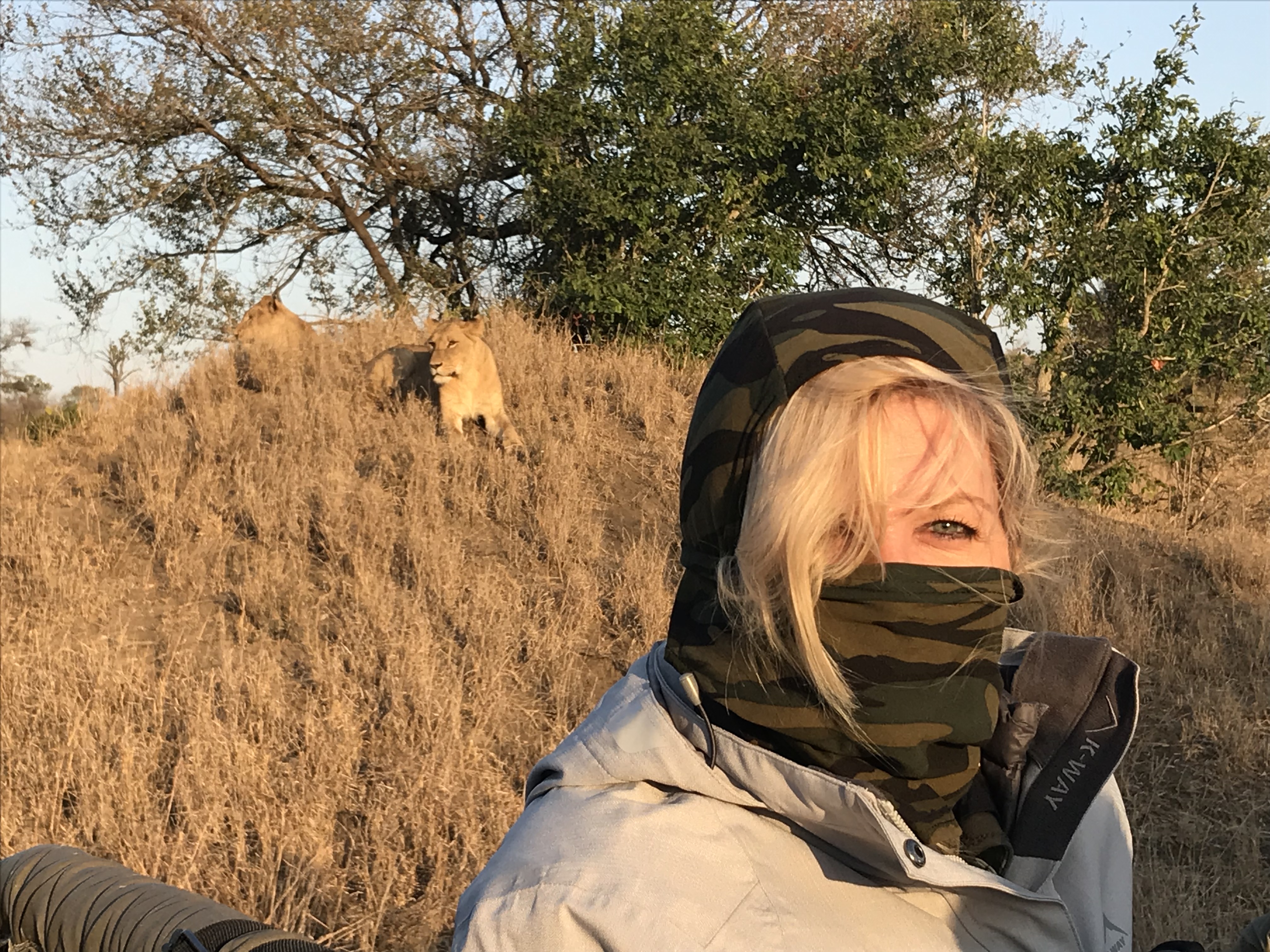 After a short break, we hosted two surgeons from Calcutta, India, Kalyan and Kajari.  They have traveled to Africa 9 times for photo safaris, but never like this! Kalyan quickly realized that he hadn’t been taught much about his camera on other safaris, although he’s a good photographer. We quickly converted him to Back Button Focus, taught him about Exposure Compensation, and solidified a few other basics, and his photography improved immediately. His first love is leopards, so we were happy when Kuchava (female leopard) started our first safari by lazing on the top of a termite mound in perfect golden evening light. We also saw female leopard Tiyani and her cub, Xidulu on a termite mound (her name means “termite mound” in Tsonga), spent time with Quarantine while he patrolled and marked his territory, saw Sibuye while she was hunting, and quietly watched Thandi napping in the sand river. Kalyan saw a total of 7 leopards on safari with us, and he and Kajari were among the first to see the two new lion cubs from the Nkuhuma pride. The lioness hasn’t taken them from the den to the pride, yet, as they are too young, but she let us watch them play while she finished off a kudu that she’d killed. What a treat!

Kajari has always been the videographer of the family, shooting short videos that she edits into a memory video of each trip. She’s got a great eye, but had never seriously tried still photography, until she watched Karen teaching the basics to a group of novice photographers. She asked to join, and ran from there…wow, her photos are impressive! Now she has two incredible talents with her camera, and the photos and movies to prove it! These two may be the best photographers in India! 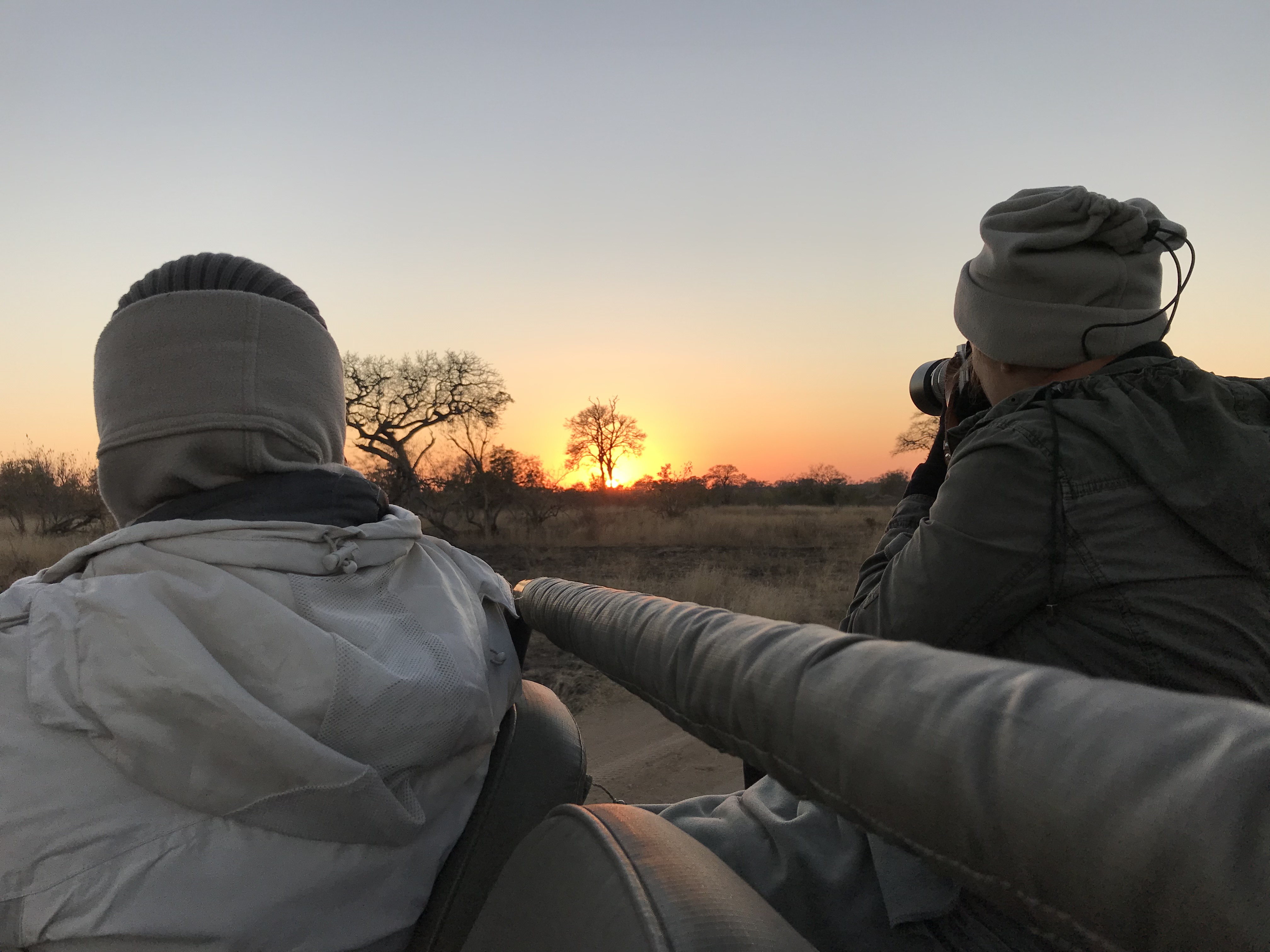 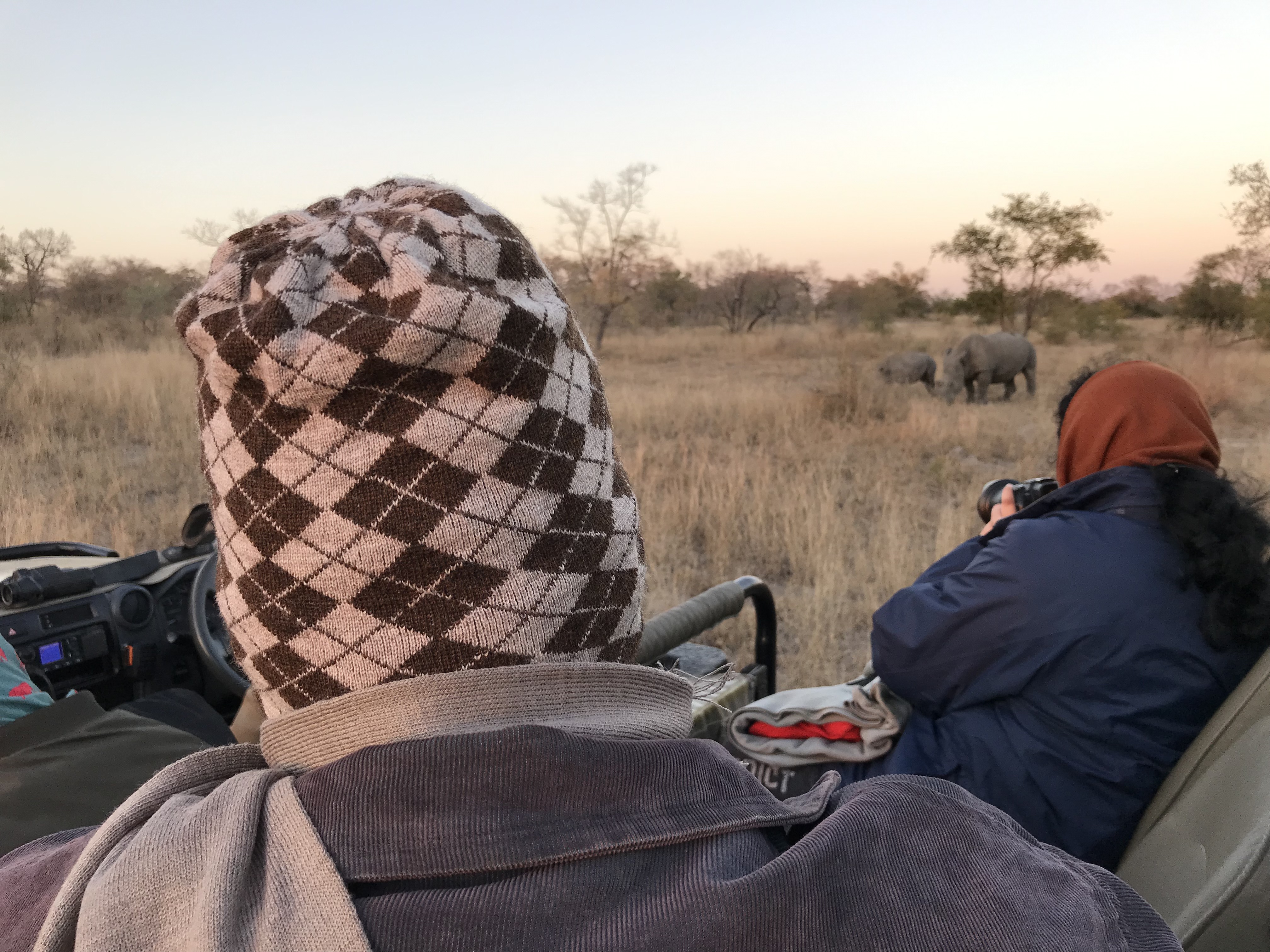 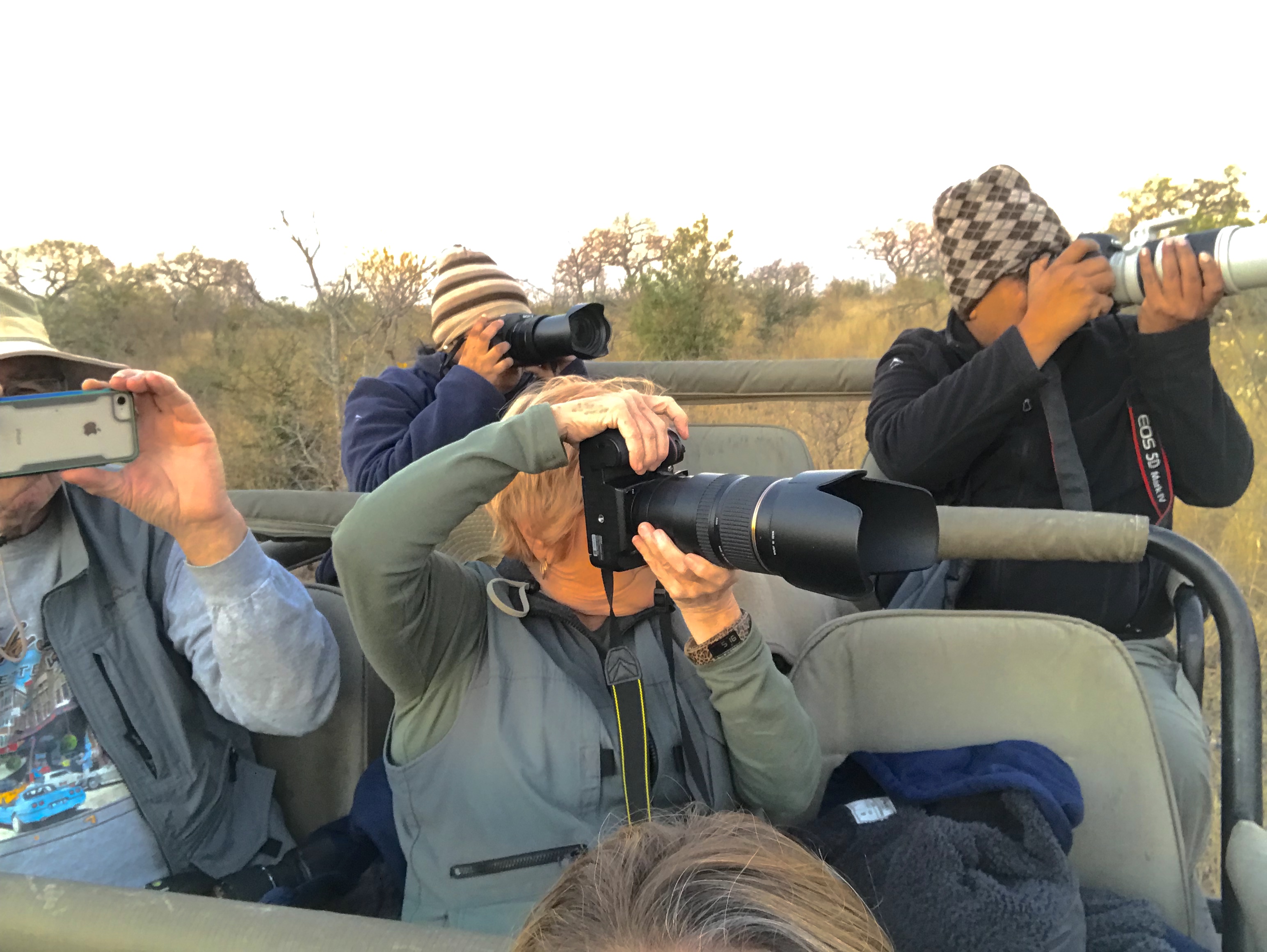 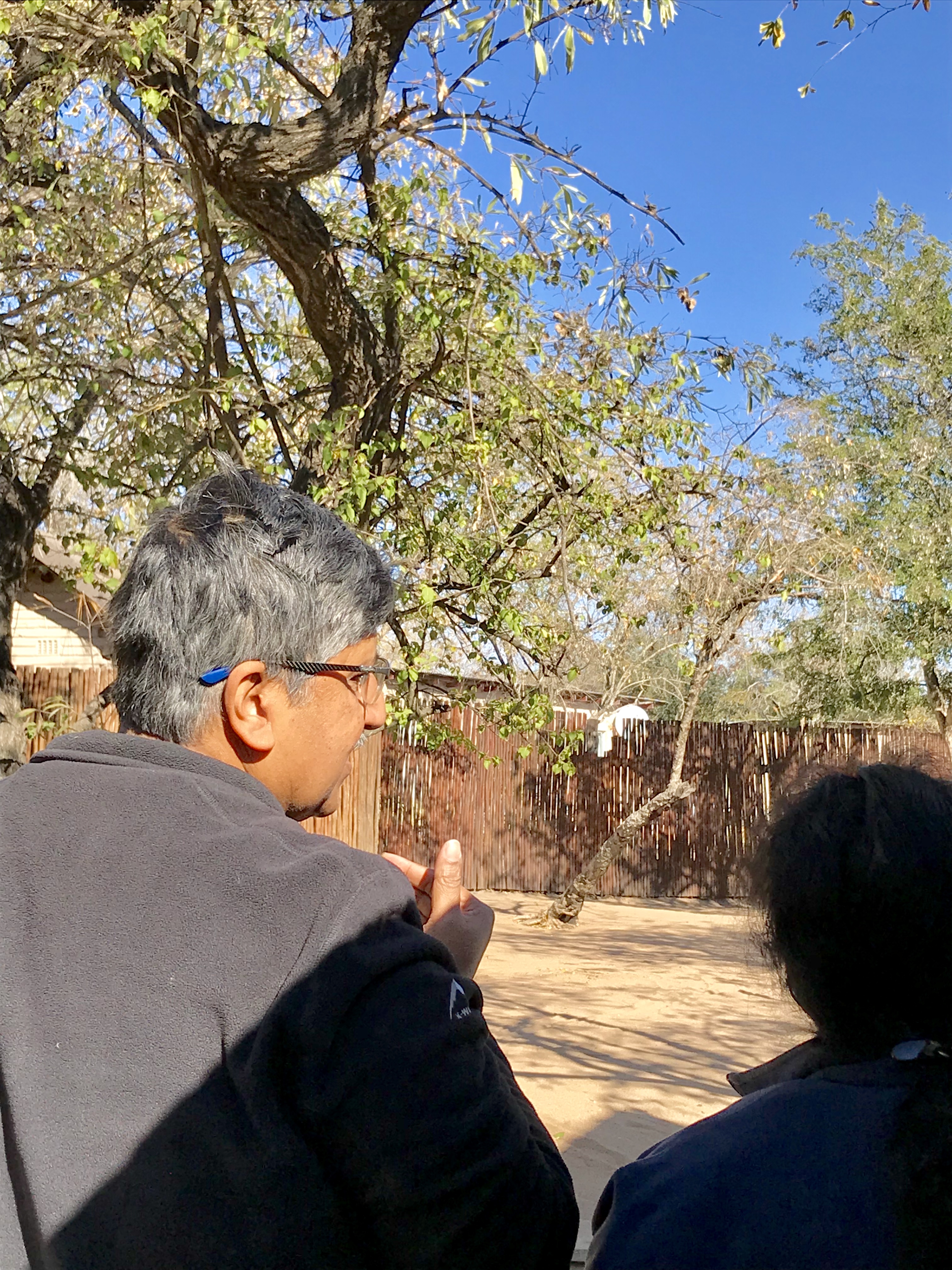 We moved operations to our second location, Pungwe Bush Camp in Manyaleti Game Reserve, also part of the Greater Kruger.  Pungwe is an Eco-Lodge, with canvas-sided bungalows under thatched roofs and private en-suite bathrooms with fire-heated hot water whenever you want it!  Manyaleti is a community owned property, creating local jobs and income opportunities for an area that’s been traditionally economically depressed. The camp is beautiful. It’s unfenced, which means that elephants move through almost daily, hyenas whoop next to bungalows all night, and lions roar from the nearby waterhole after checking to see if anyone dropped anything at dinner. It’s a different experience than Sabi Sands…you work a little harder for your sightings and you get to enjoy them longer…it’s a traditional, old-style safari with all of the modern comforts. Our trackers and drivers were incredible, finding the faintest tracks in the smallest patch of dirt, leading us directly to a pride of lions with 9 cubs plus the rest of the Big 5!

Our next group included a couple from the US who were celebrating 50 years of marriage. Peggy and Tom are retired from the airlines. They’ve been saving up, thinking that a safari meant a second mortgage, until they found out how affordable Eagle Eye Safaris is. After a few phone conversations with Karen, Peggy was certain this was the safari they’d been hoping for, and booked with us. Imagine their surprise when they opened the door and found their bungalow decorated with banners and streamers, with chocolates on the bed…OK, the monkeys did get into the suite and nibbled a little on the caramels, but hey! We ARE in Africa!  We had more in store for them…a romantic private candlelight gourmet dinner on white linen, set up out in the bush, then a celebration for all of us on the last night with champagne and a cake complete with 5 golden candles and 5 gold sparklers! Everyone signed the card, writing sentiments in their own languages…Tsonga, Bengali, Italian, Gaelic, Norwegian, English, and Afrikaans. 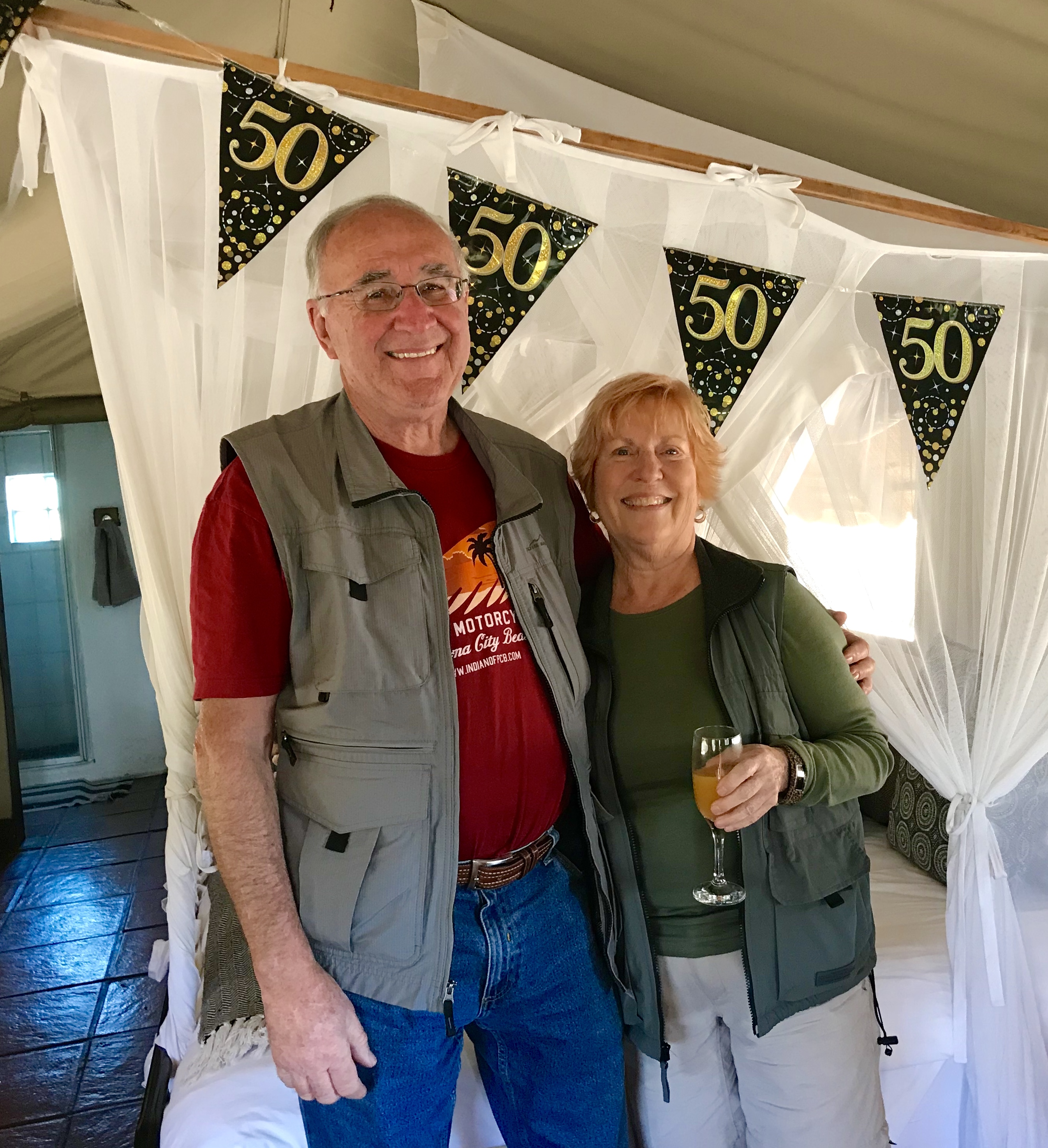 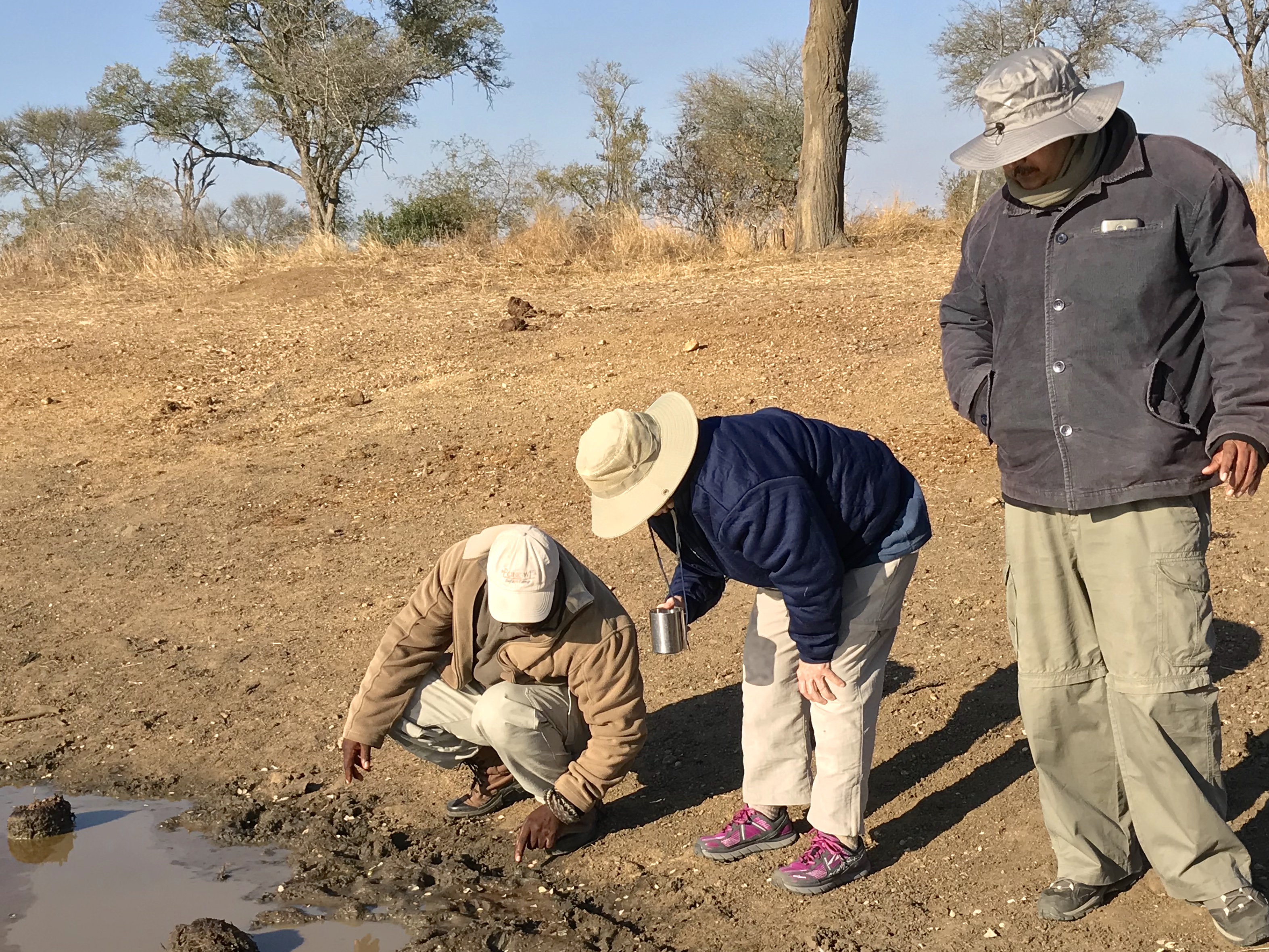 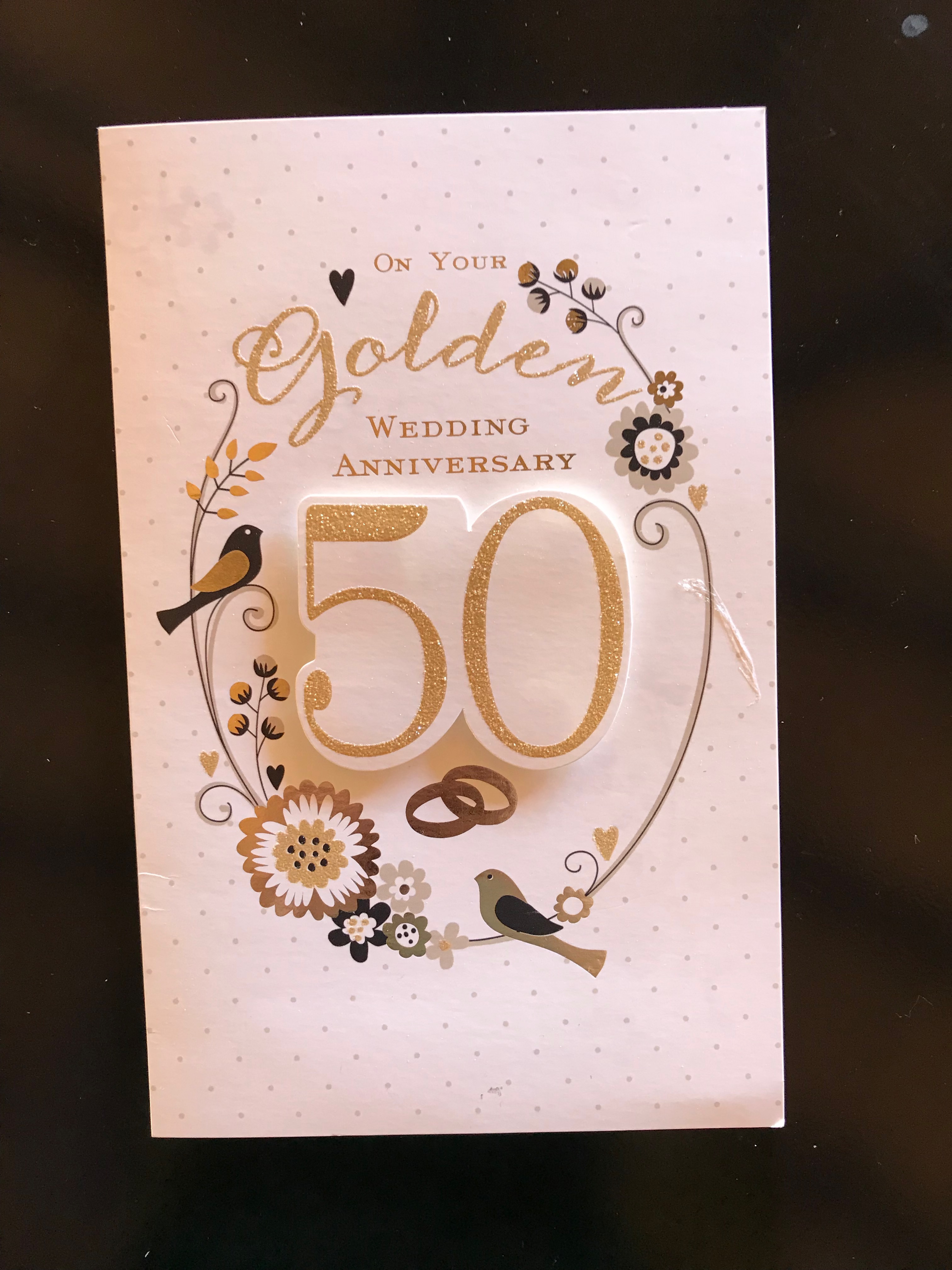 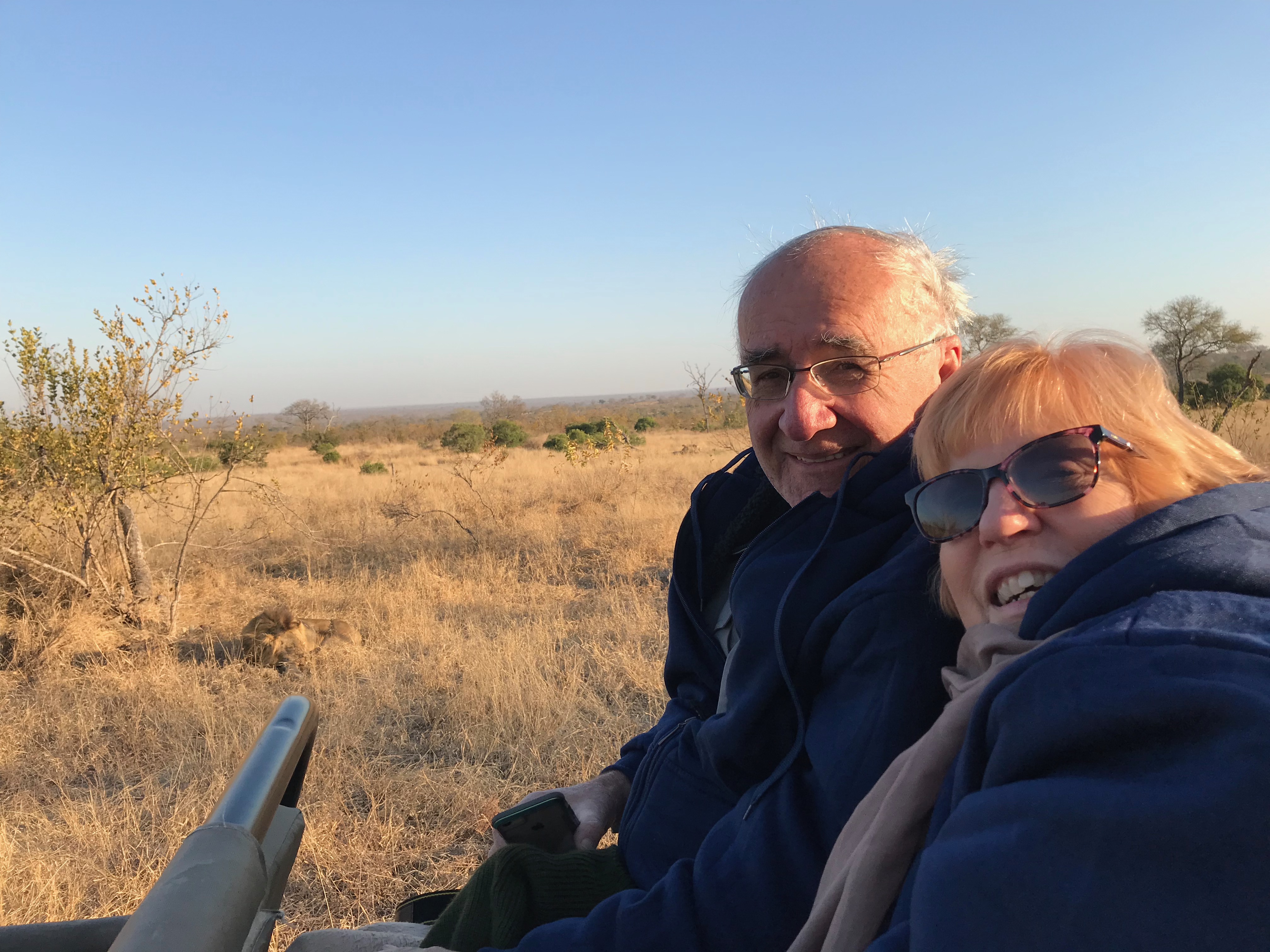 Our group also included Kalyan and Kajari, who were doing a double safari with us, and we were joined by Elin-Mari from Norway and her sons, Peter and Erik, and her bestie, Rachel from Ireland.  Rachel and Peggy are on opposite sides of the political spectrum, and they had everyone laughing as they good-naturedly bantered and teased…they’ve already decided to join us next year in Kenya! Elin came on safari with us two years ago, and decided to do a family trip with us, knowing that her sons would love spending time with Ernest and Karen. Erik started the safari a little nervous about the wildlife, but soon realized that while we must respect wildlife, we don’t have to be afraid of it. He was thrilled when hyenas joined us for dinner, slipping in and out of the shadows cast by candlelight, and enchanted later that night when he realized a big bull elephant was munching the trees right outside of his bungalow. Peter loved learning about the ecosystem, watching elephants moving through the camp, and was fascinated with the male leopard dragging a fresh kill towards a tree. Yes, we got our Big 5 with that leopard! 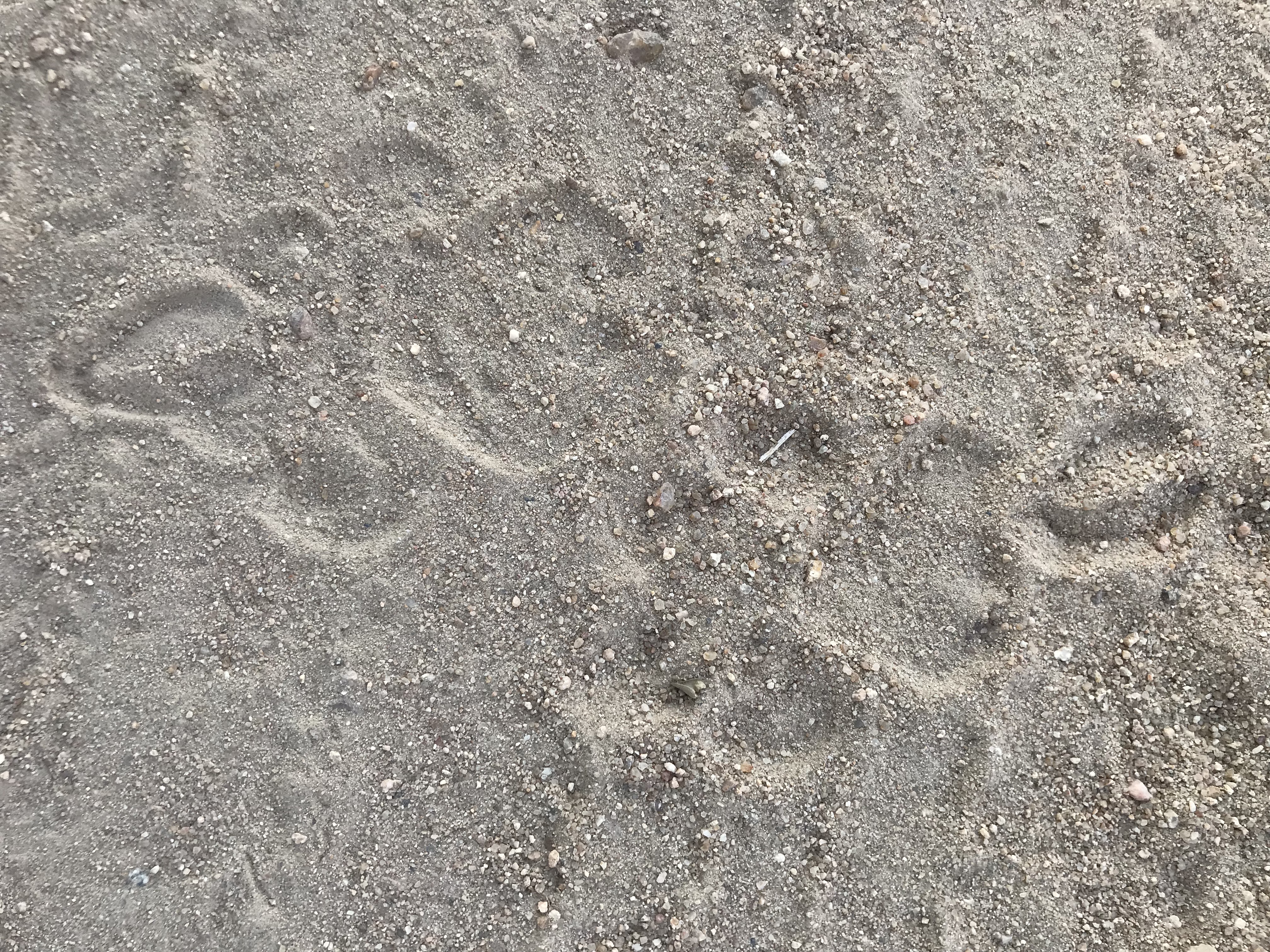 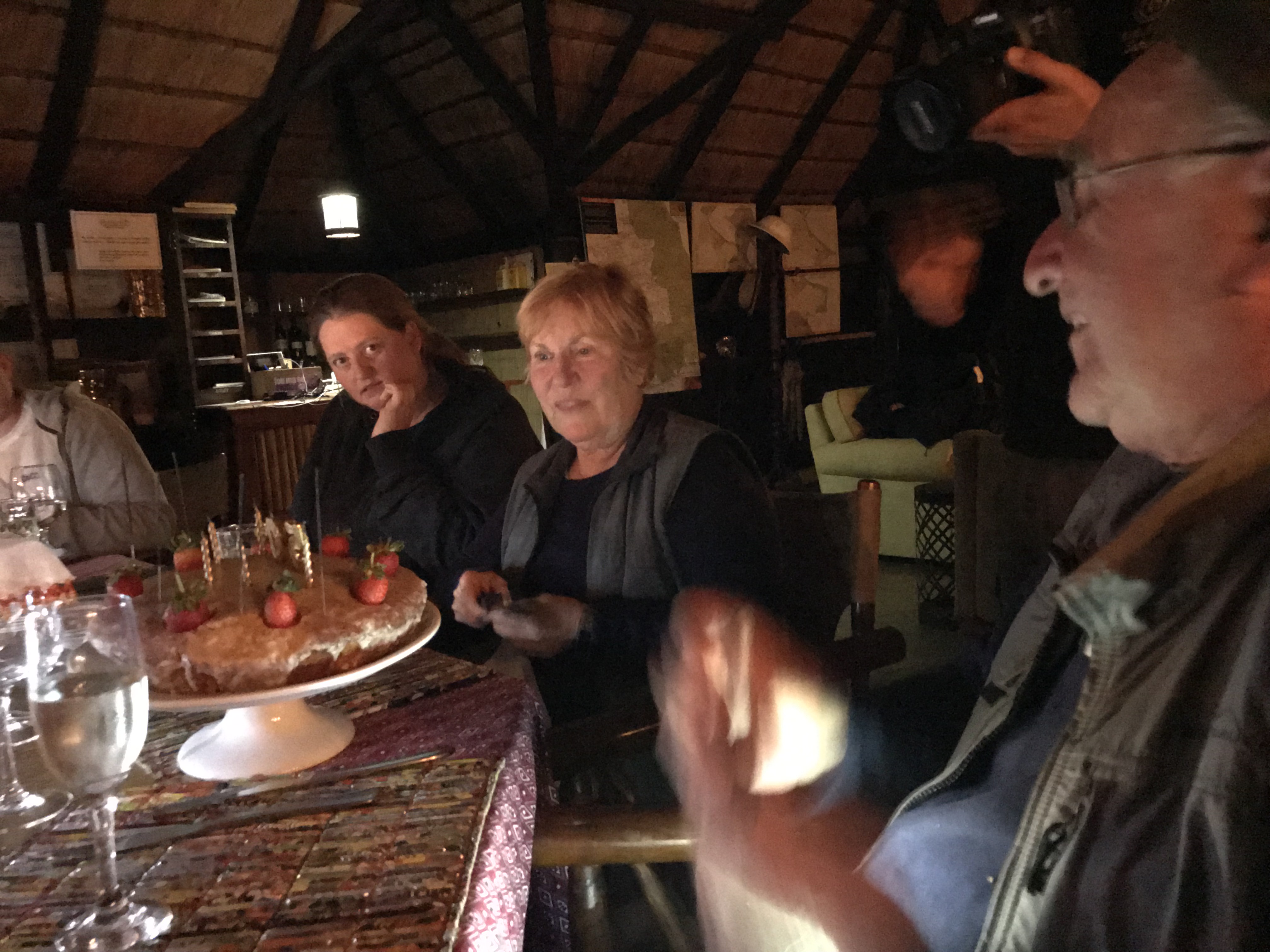 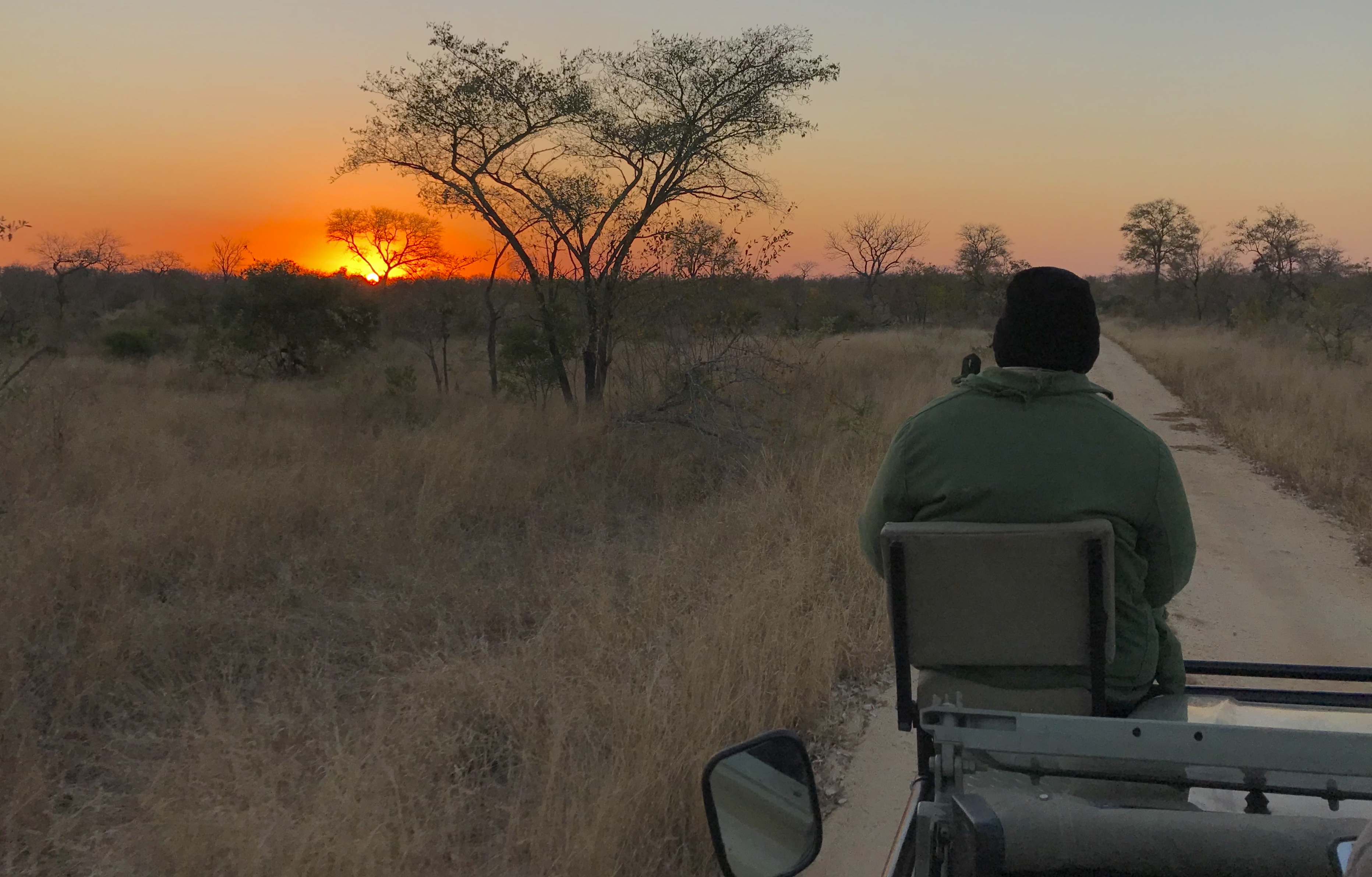 Our last group was comprised of airline employees and rocket scientists…literally!  Valerie and Sara work at Jet Propulsion Lab on the Voyager and Europa Missions. Keith and Pj are old friends and flight attendants, and Barbara is a private pilot who volunteers with students who have an interest in aviation. Rounding out the group were Ernest’s longtime friends, Matt and Louise. Matt helped Ernest get his start in photography, and now Ernest is coaching Matt’s efforts! We watched lazy lions sleeping the day away then hunting at night at the dam, spent time in a herd of buffalo and herds of elephants, saw a rhino with a young calf, and so much more. Everyone was thrilled to get the Big 5 when we spotted a male leopard following the enticing scent of a nearby female…hopefully we will see cubs in a few months! 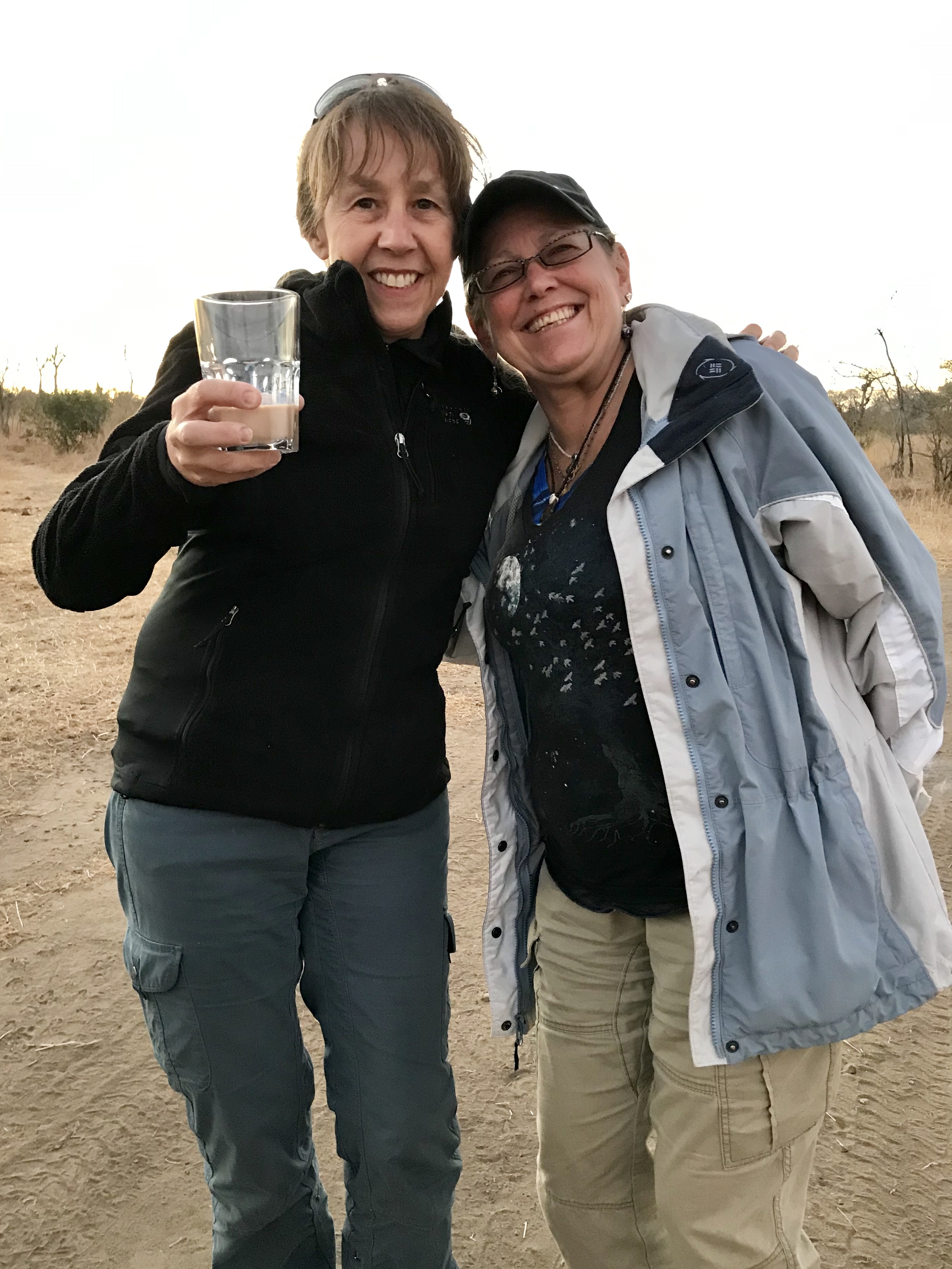 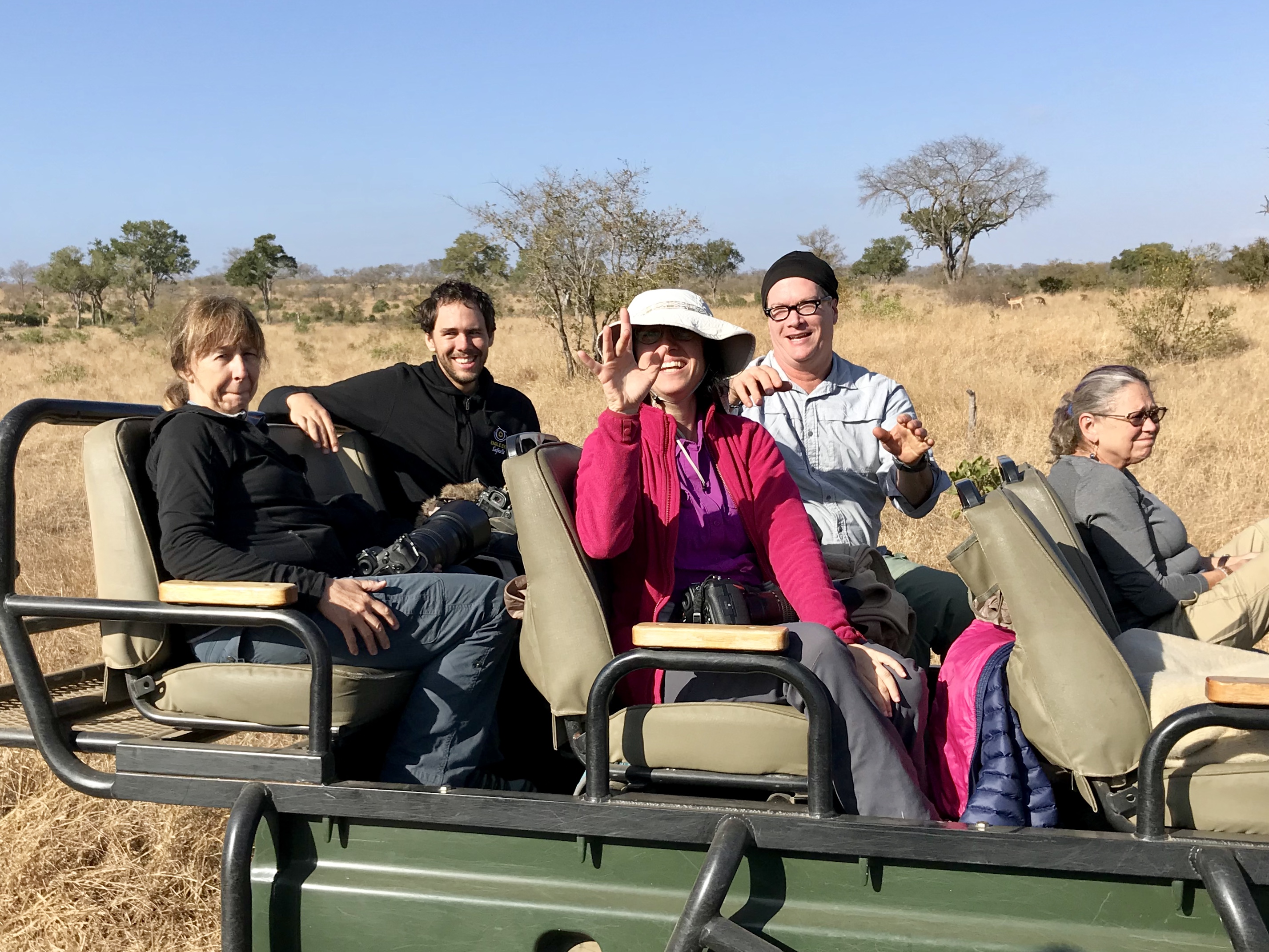 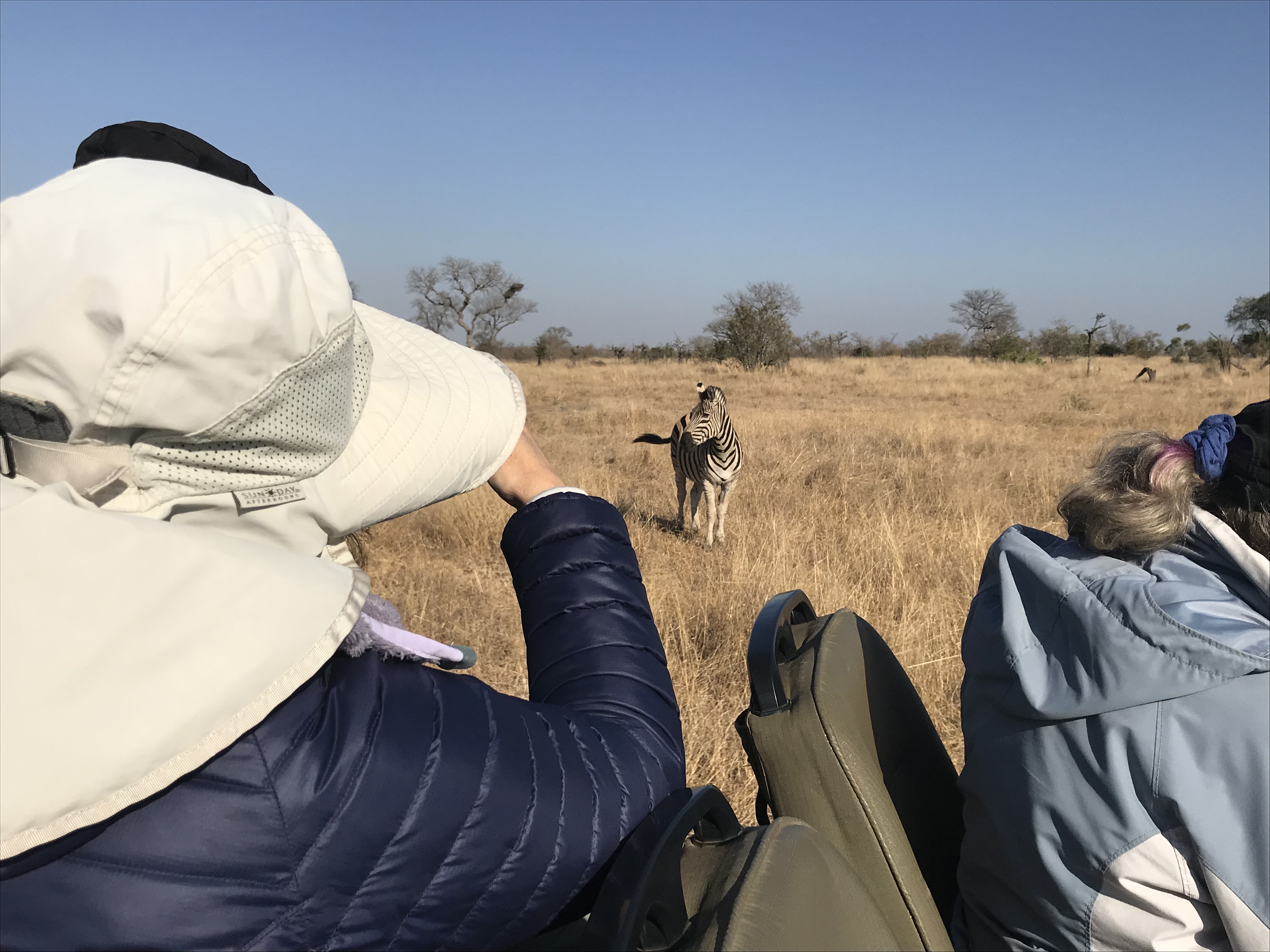 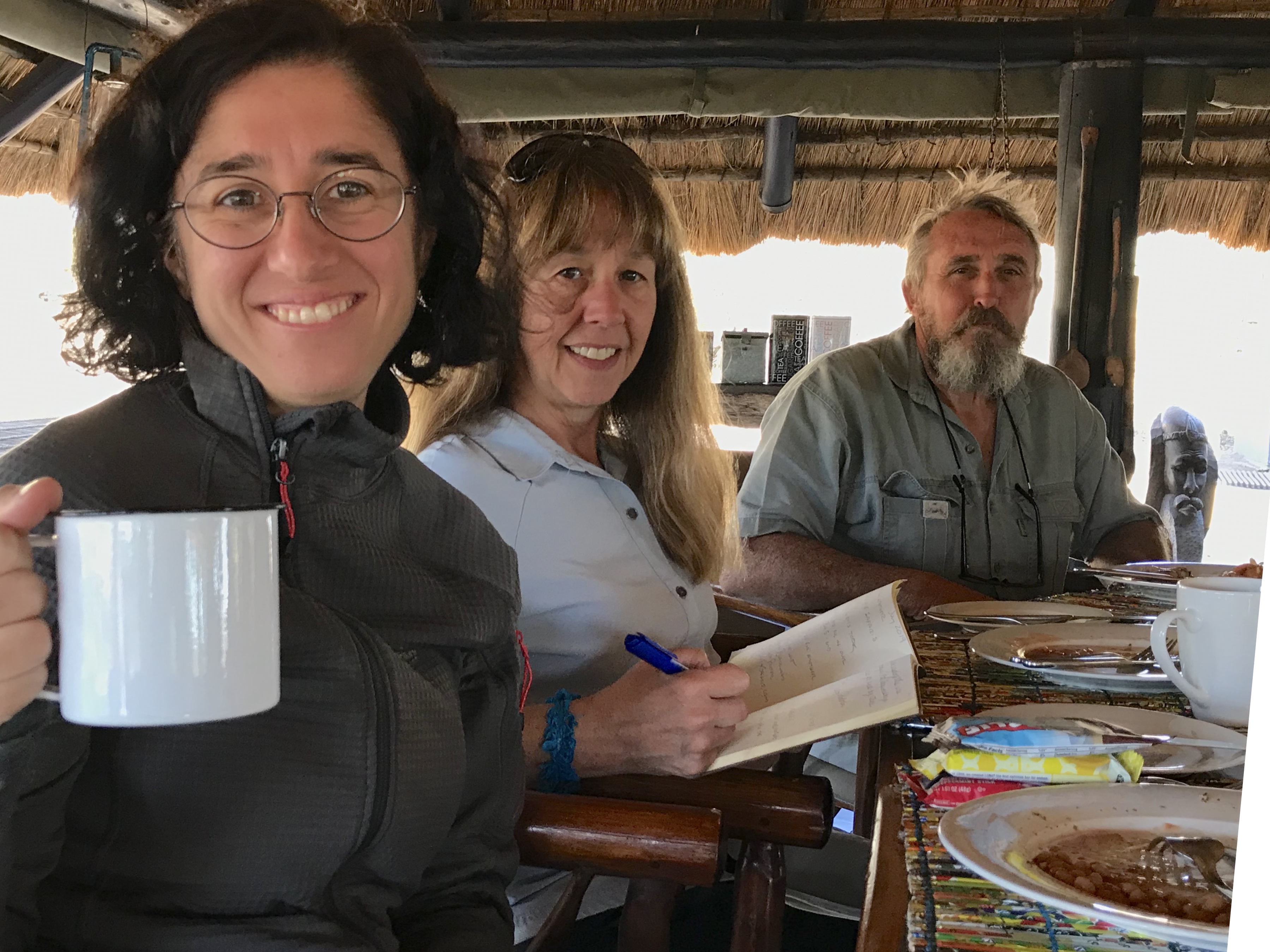 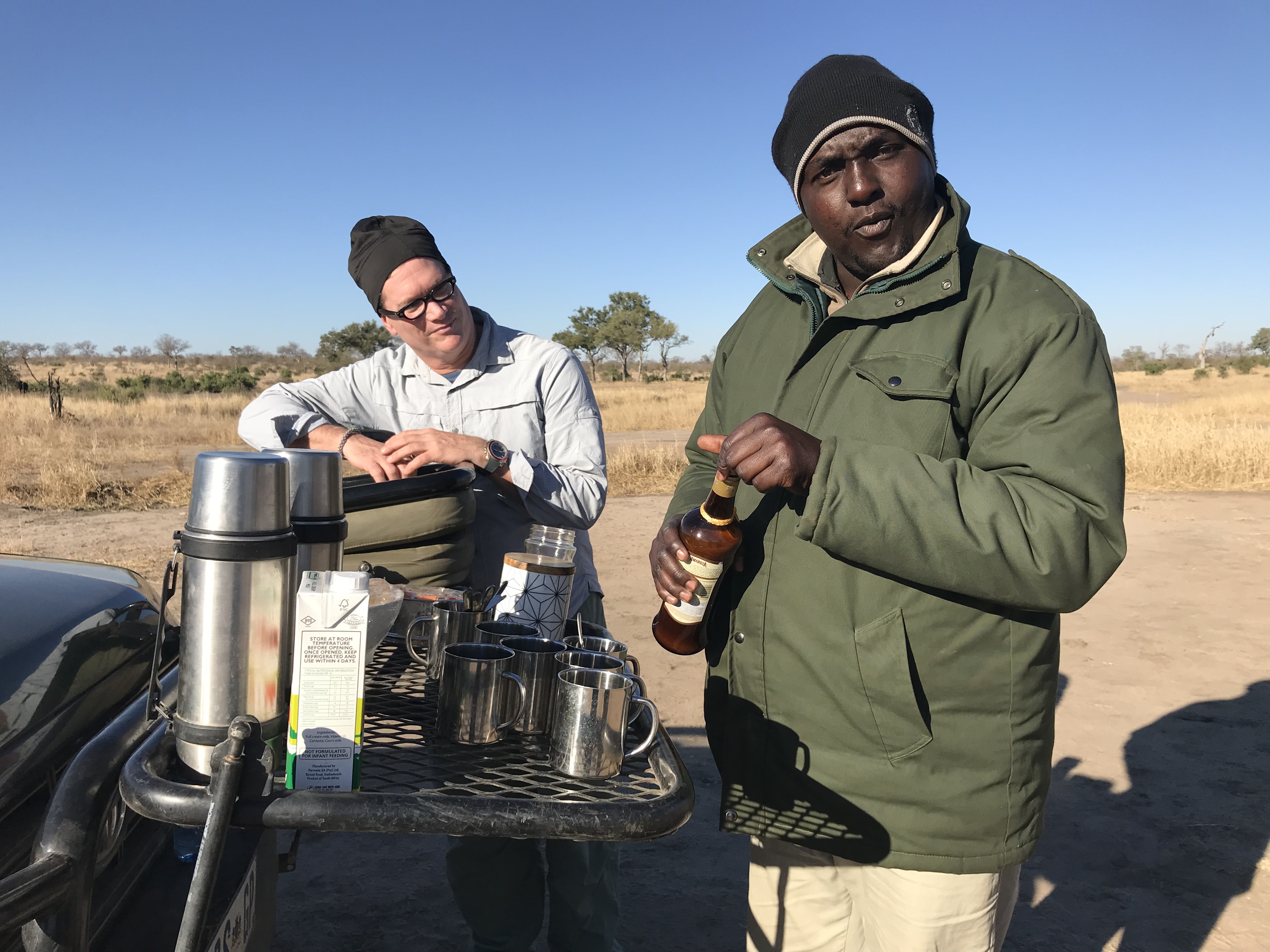 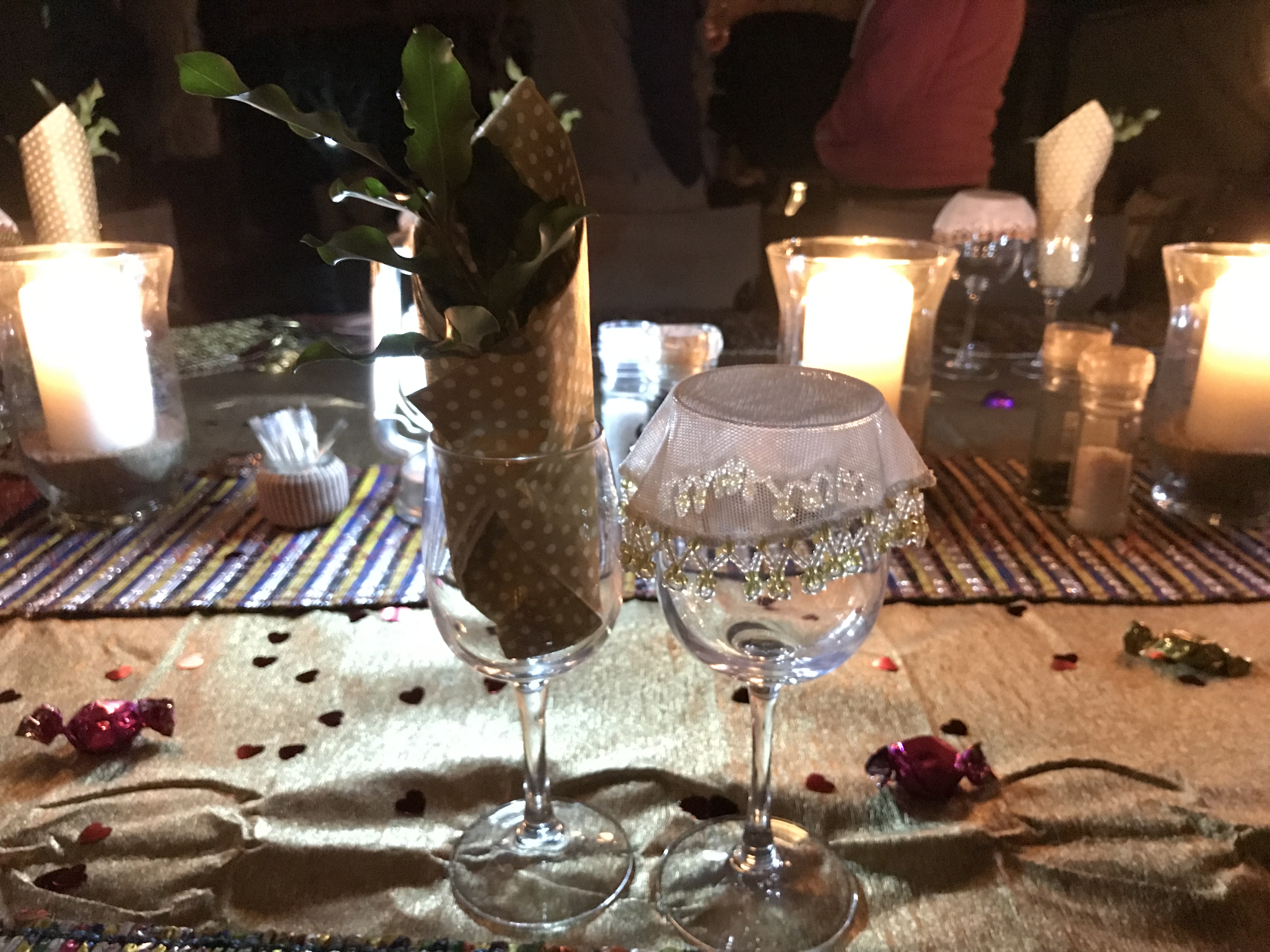 We still have a few spots open on our November and December safaris in Sabi Sands, and our 2020 schedule is open for booking, so why don’t you plan to join us? It’s easy to chat with Ernest or Karen about your plans. You can reach us by Skype, WhatsApp, email, or old-fashioned phone. We’d love to talk to you, and meet you on safari!